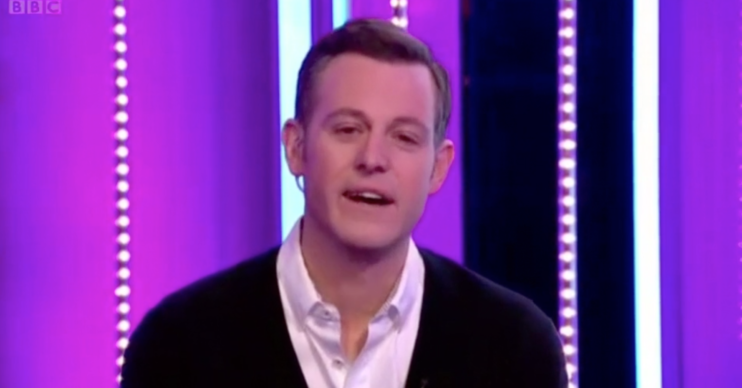 Viewers beg Matt Baker to return to The One Show: ‘We miss you Matt’

The One show fans want Matt Baker back - now.

Viewers of The One Show are begging for the return of host Matt Baker.

The popular host, 42, announced he was stepping down from the BBC show back in December.

Formally leaving in April, he has left quite a hole, which will no doubt be tough to fill.

His former co-host Alex Jones, 43, shared a photo looking glam as she prepared for a new episode of The One Show this week.

Taking to Instagram, she shared a photo from the BBC Studios lift to her 251,000 followers.

Several fans used this as an opportunity to plead for the return of Matt Baker.

One user commented: “We miss you Matt.”

And a third user lamented: “Agree with the others … we miss you too @mattbakerofficial.”

Meanwhile Matt himself popped in and left the comment: “I miss that lift!”

To which several fans quickly responded, including one who wrote: “I miss that lift too @mattbakerofficial !!!!!”

And another gushed: “Come back Matt, please.”

A further user wrote: “We miss you Matt.”

Meanwhile, many additional users praised Alex on how well she looks in the photo.

Another user seconded: “Looking beautiful as ever Alex! Good luck with tonight’s show.”

And a third user complimented Alex with: “You look lovely, that colour really suits you.”

Matt made the shock announcement last year that he would be stepping down from The One Show after nine years.

He struggled to hold back his tears as he made the stunning announcement.

Got some make up and a frock on and on my way to the studio. See you at 7 with @gethincjones @bbctheoneshow

Profusely thanking his viewers and the BBC, he said he now hoped to spend more time with his wife and two children.

Why did Matt Baker leave The One Show?

His departure announcement included: “The One Show has been a massive part of my life for almost a decade.

“I will be leaving this green sofa in the spring.

“It’s time to give somebody else the opportunity to see how big-hearted and generous you, our One Show viewers, really are.”

He went on to say: “I’m excited about other opportunities that come my way but most of all I’m looking forward to having dinner with my family and being able to put my kids to bed.”

Matt continues to work for the BBC as a presenter on Countryfile.

Do you want Matt Baker back on The One Show? Share your thoughts with us on our Facebook page @EntertainmentDailyFix.

Alex Jones BBC One Matt Baker The One Show