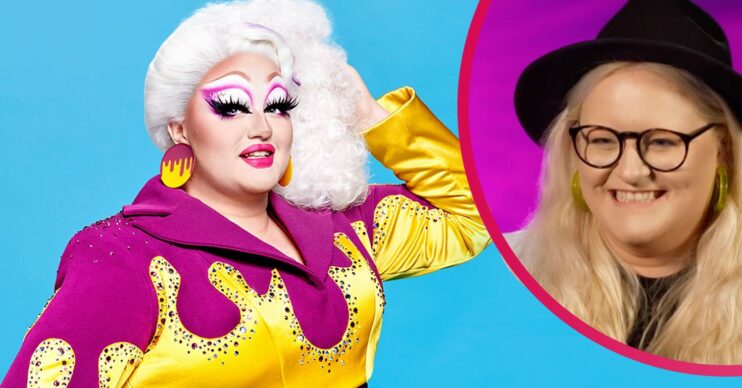 This queen is making herstory!

RuPaul’s Drag Race UK is officially off the starting line with Victoria Scone already making her mark in the competition.

The Cardiff native has made herstory as the first AFAB queen to ever appear on the show. But will she also take the win?

It seems she’s more than up for it – let the games begin!

Here’s everything you need to know about her, including where to find her online.

Preferred pronouns out of drag: She/Her

The 27-year-old Cardiff queen declares herself a ‘camp, cabaret, disco diva’ with a hell of a lot of spunk.

Doing drag for the past three years, Victoria’s act focuses a lot on ‘utter nonsense’ and embraces everything colourful and camp.

“I sing, I dance. I’m quick-witted and I’m creative,” she said. “I’m everything a drag queen should be. I embody a lot of traditional British drag. I am the whole entertainment package.”

What does AFAB mean?

While Drag Race has seen several transgender stars through their doors, Victoria is the first AFAB star to ever appear on the show.

But Victoria states this should have nothing to do with her skills in the art of drag saying it ‘feels right’ that AFAB queens are being represented on the series.

Read More: Why RuPaul’s Drag Race is not just glorious entertainment but a lesson for us all

“I definitely didn’t invent the art of drag for women. I am not the first and I certainly won’t be the last,” she said. “But I feel very capable and proud to have made it through the application process and be the first on Drag Race UK.

“Me being here is political but you can just have fun with it. That’s why I started. I just wanted to entertain people and that’s what we’re going to do! Drag can just be fun!”

“I understand it’s helpful to use AFAB [..] when we are specifically speaking about the fact that I do not own certain cis-male drag queen genitalia,” she added. “But we don’t describe cis-male drag queens as AMAB Queens, so as a handy tip, I’d just call us all drag queens or Drag Artists, and if you must know, I identify as a Tony Award!”