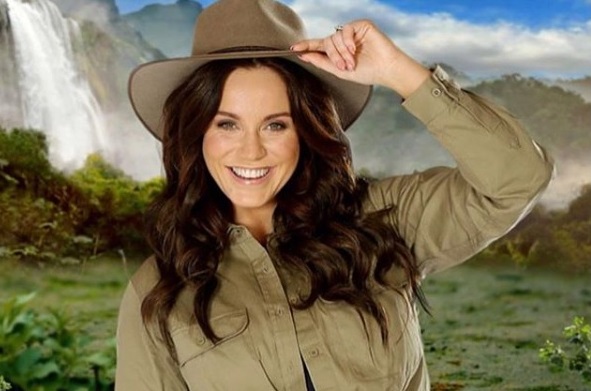 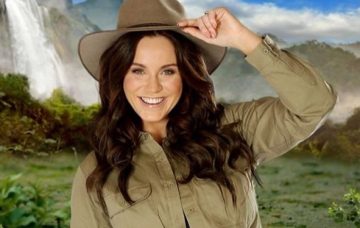 Can she win TWO crowns?

Reality star Vicky Pattison has confirmed she’s entered the Australian version of I’m A Celebrity… Get Me Out of Here! – and she’s postponed her own wedding for it!

Vicky, 30, who won the UK version of I’m A Celeb in 2015, headed off to the South African jungle camp in secret last week.

She revealed the exciting news on her Instagram and Twitter accounts, via her reps, writing next to a pic of Vicky: “So for those who didn’t get the clue earlier this little cutie is now in the Australian version of I’m A Celeb, which is filmed in South Africa.

“We can’t wait for the Aussies to see what she’s made of.  Can she be queen again?! Is her tiny head even capable of carrying 2 crowns?!

“Unfortunately it’s not available on TV in the UK, but Team Patts will be keeping the Brits updated on her antics.”

It followed a post an hour before, showing a promo image from the I’m A Celeb show, with the caption: “Oh god… what’s wor Vick up to now?! @imacelebrityau (sic).”

On Twitter, the @I’mACelebrityAU account posted videos of the former Geordie Shore star chatting on camera about her arrival in the jungle.

She said: “Hi everybody! I’m Vicky Pattison. I’m probably best known for starring in TV series, Geordie Shore. Ohh, but that was a long time ago, I was very young, I was very daft. I like to think I’ve grown up a bit now.

“You might not know me at all actually, which is something I’m really scared of, no-one having a clue who I am and having to explain who I am all the time.”

She added that she would be going all out for the Australian show – which is on screens for twice as long as the British version.

Vicky said: “I’m all about pushing yourself, I’m all about courage, bravery, determination. Proving that us women can do anything the boys can do. Some things even better!

“I’m super excited to live with a whole bunch of Australians. Australia’s like my second favourite place in the world. I’m buzzing like an old fridge.”

She also attempted the accent Down Under, saying: “I’m going to teach them some Geordie. They’ll be speaking Geordie to me, and I’ll be speaking Australian to them.”

She then did an impression of the accent.

"I'm buzzin' like an old fridge, get me in there!" Alreet mate, giz us a look at our new lass in camp – welcome @VickyPattison! #ImACelebrityAU pic.twitter.com/Gu9aDoLYT9

Vicky has been dropping hints about the big job for a while, uploading a picture to Instagram on Sunday that read simply: “I’m going to get everything I came for”, and adding the caption: “Believe it.”

It’s great work news for the star, but means her wedding to businessman fiancé, John Noble has been officially postponed until 2019. The pair had originally planned their wedding for this year.

Vicky told News Corp: “Everyone has been speculating, why have they put it back? Is Vicky pregnant? Have they fallen out of love?”

“No, I am off to the [bleeping] jungle, I haven’t got time to plan a wedding. It is basically six weeks that you are just completely cut off. If I’ve got a florist emergency, I can’t be like, ‘Hang on a second, hold that kangaroo [bum], I’ve got my florist on the phone’.

“So it was the best decision for everyone for us to postpone it and he is really supportive.”

Do you think Vicky can win the Aussie crown, too? Leave us a comment on our Facebook page @EntertainmentDailyFix and let us know what you think!