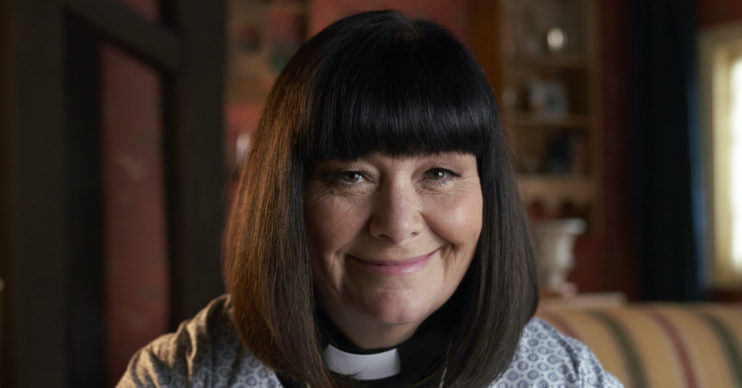 The Vicar of Dibley 2020 is set to return for three brand new episodes from tomorrow night on BBC One.

And while it’s a welcome return for Dawn French’s legendary comic character, there will also be a poignant Black Lives Matter moment in one of the episodes.

Dawn’s character Geraldine Granger will be seen taking a knee in support of the BLM movement.

What will happen in The Vicar of Dibley 2020?

The three, 10-minute episodes will see Geraldine host virtual sermons from her home in the fictional village of Dibley.

Geraldine will address children from the local school, as well as chat to old friend Hugo Horton (James Fleet).

“Until all lives matter the same, we are doing something very wrong.”

What else does Geraldine say?

She continues: “We need to focus on justice for a huge chunk of our countrymen and women who seem to have a very bad, weird deal from the day they’re born.”

Geraldine then takes down some old posters in the village, replacing them with Black Lives Matter posters.

She then takes a knee.

Will there be a tribute to Alice Tinker in the new episodes?

Dawn also revealed that the episodes will include a tribute to late star Emma Chambers, who played the much-loved Alice Tinker.

Dawn said in an appearance on Lorraine: “There is a eulogy to Alice there which wasn’t very easy for me to film, but which was important for me to do.”

Read more: Jeremy Clarkson and Piers Morgan reunite on Who Wants To Be A  Millionaire? after feud

She also confirmed that the traditional joke sequence at the end of each episode of The Vicar Of Dibley – filmed with Emma – will not take place.

Dawn added: “We do have Hugo Horton, Alice’s husband, he is there with me, James Fleet plays him.

“There is a lovely moment when I tell a joke to him, and fingers crossed, he might get it at last.”

The Vicar of Dibley In Lockdown will begin on BBC One, from Monday December 7 at 8.50pm.