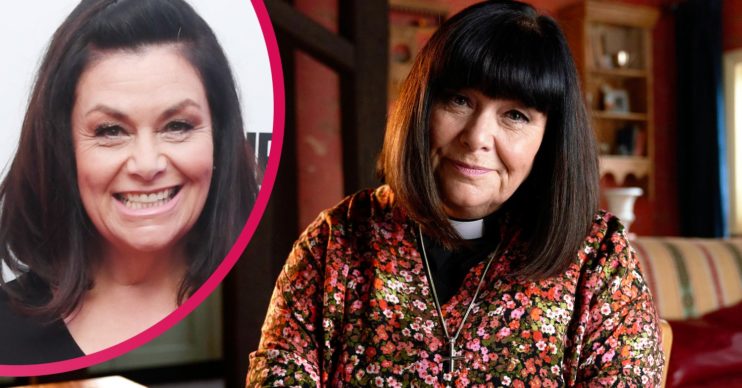 The Vicar of Dibley star Dawn French has hit back over complaints about an upcoming Black Lives Matter plot in the new series of her popular sitcom.

What happens with The Vicar of Dibley BLM plot?

While last night’s instalment didn’t feature a BLM plot, one of the upcoming episodes reportedly makes reference to the movement.

Geraldine (Dawn French) will address the issue of racism when she acknowledges that the fictional village of Dibley, in Oxfordshire, isn’t the most racially diverse place, according to the Daily Mail.

“We need to focus on justice for a huge chunk of our countrymen and women who seem to have a very bad, weird deal from the day they’re born.”

Tweeting in response to a newspaper report about the upcoming scenes, political commentator Lawrence Fox said: “A sermon from the high altar of the church of moral superiority, the
@bbc. This virtuous false enlightenment allows them to ignore the charter to educate the great unwashed. Do your job! #DefundTheBBC.”

Some of his followers agreed, calling the plot “nonsense” and claiming actress Dawn should be “ashamed”.

Others defended the Cornwall-based star, pointing out that she will have witnessed racism for marrying black comedian Lenny Henry.

How did The Vicar of Dibley star Dawn French respond to the criticism?

Taking to Twitter after Lawrence Fox’s tweet, she wrote: “A lovely calm day, full of humanity, compassion and support all round…”

Read more: Roald & Beatrix starring Dawn French: When’s it on? How can I watch it?

When one of her followers said, “That’s Cornwall for you” she replied: “Ummm… I was being a tad ironic…”

A lovely calm day, full of humanity, compassion and support all round…..

For the new lockdown series, Dawn French delivers remote sermons for her parishioners via Zoom.