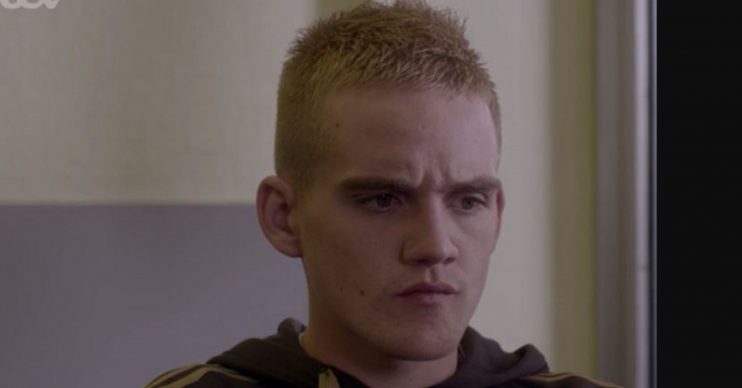 He looks very different in this retro episode

The actor appeared in Vera back in 2012, but his stint on the programme aired on repeat yesterday evening (April 10).

He starred on Corrie for two years as Dr Ali Neeson. But before his Corrie fame, he appeared on the third episode of the second series of Vera.

Is that our Dr Ali on Vera!

Playing a supporting role in the episode A Certain Samaritan, James is shown wearing a hoodie and sporting a bleached blonde spiky hairdo.

Portraying a character called Charlie, one viewer shared a clip that showed him being confronted by Vera, played by Brenda Blethyn.

The user wrote: “Watching old episodes of #Vera is that DR Ali @itvcorrie”.

Another user asked: “Is this Dr Ali from #Corrie on #vera?” to which one user replied: “Well spotted” and another remarked: “Just when you think his hair couldn’t get any worse!”

And a third viewer posted: “Is that our Dr Ali on Vera! #corrie #vera #jamesburrows”.

New projects in the works

James departed from Corrie last month after playing Dr Ali Neeson for two years. The actor, 28, has left the cobbles to move on to other projects, including starring in a movie called Twisting My Melon.

The feature film is based on the autobiography of Happy Mondays’ band member Shaun Ryder. The star’s book shares the same name.

Is that our Dr Ali on Vera! #corrie #vera #jamesburrows pic.twitter.com/WV6DrJeQGb

Moreover, James said on a recent podcast episode that he also has several additional projects in the pipeline.

He told the hosts of Talk Derby To Me Podcast: “Work’s good, there’s a lot of stuff going on at the minute.

“I’ve got a few other things, coming up in the near future which is very exciting.”

“I’ve got a few exciting meetings going on, but I can’t say too much it’s highly confidential.”

However he said in a separate interview how much he enjoyed being part of the Coronation Street family.

Speaking to Digital Spy he said: “I’ve had a fantastic few years on Coronation Street.

“Ali is such a flawed character and so much has happened to him. To play such a complex character with so many flaws has been great.”