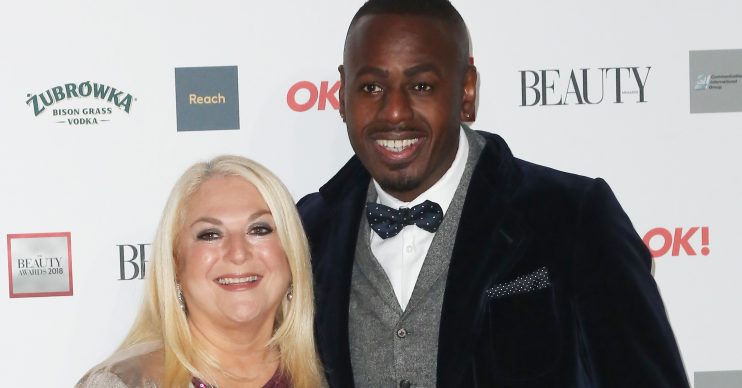 She once hosted a daytime show in the 90s

Vanessa Feltz’s fiancé Ben Ofoedu has hinted she could be the one to replace Jeremy Kyle with a daytime show.

Earlier this week, ITV announced that The Jeremy Kyle Show had been cancelled for good following the tragic death of guest Steve Dymond, who had appeared on the programme and is believed to have taken his own life.

Ben shared a throwback photo to Twitter on Thursday showing Vanessa on her 90s chat show, The Vanessa Show.

Vanessa’s fans were quick to speculate whether his post was a hint that she could be bringing the daytime show back.

One person said: “Loved that show, bring it back @vanessafeltz, be great to have that show back.”

Another wrote: “(hint hint) yes please,” while a third added: “A space has just become available!”

Ben later poked fun at claims he had hinted Vanessa could replace Jeremy Kyle with her own show.

He quipped: “Who me? I did no such thing,” followed by grinning emojis.

Vanessa presented a daytime show, Vanessa, in 1997 before moving to the BBC to host a similar show, The Vanessa Show, in 1998.

However, one year later, The Vanessa Show suffered from bad publicity as some guests were alleged to have been actors.

Despite her having had no involvement in the booking of guests, Vanessa was seen to be at fault, and the show was cancelled soon after.

Host Jeremy said that he’s “utterly devastated” following the cancellation of his show.

Steve had filmed for the show at the beginning of May, hoping to prove to his partner Jane that he had not been unfaithful.

Dickinson’s Real Deal has replaced the daytime show since it was taken off air, and it’s believed the antiques show will fill the slot at least until the end of May.