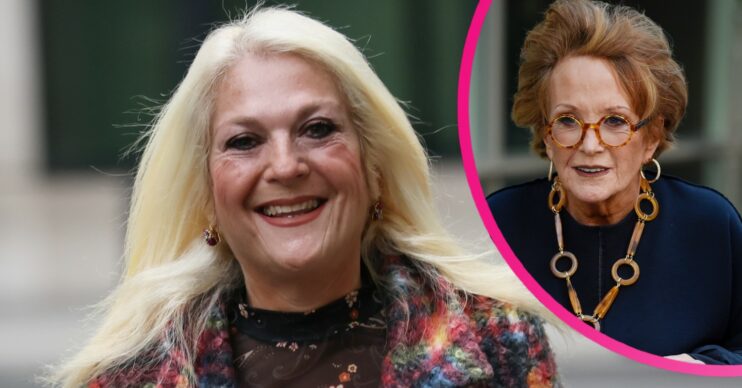 She first appeared on the show over a decade ago

The broadcaster doesn’t have the fondest of memories after appearing on the show in 2006.

But according to reports, Vanessa is returning to the revamped series fronted by Romesh Ranganathan.

Vanessa Feltz to ‘appear on The Weakest Link’

The 59-year-old will reportedly feature on the quiz show for a celebrity edition later this year.

The charity episode will also include Sam Quek, Gemma Collins and Richard Blackwood.

According to The Sun, a Strictly Come Dancing special is also in the works.

She left with a bad taste in her mouth

A TV insider told the publication: “This will be delicious for her because the last time she was on the show, she left with a bad taste in her mouth following Anne’s comments.

“But Anne’s not the one who has been asked back — it’s Vanessa, and she is likely to savour the moment.”

It comes over a decade since Vanessa last appeared on the show.

Earlier this year, Vanessa spoke out about her past appearance.

Speaking to The Mirror, she accused the former host of making “racist” remarks to her during filming.

In a scene cut from the episode, Anne reportedly asked: “Vanessa Feltz, looking the way you do, how do you think you land all these big black boyfriends?”

Speaking about the incident in February, Vanessa shared: “I said, ‘I don’t think you will use that in the show as it’s racist and also completely inaccurate and in every way unsuitable.’

Anne, 77, later addressed the claims in an interview.

She also told The Mirror: “It took her 15 years to discover she was upset about it.

“I’d just been announced as the host of Countdown, and she thought, this will make a few headlines. And it did.”

ED! has contacted Vanessa’s representative for comment on this story.