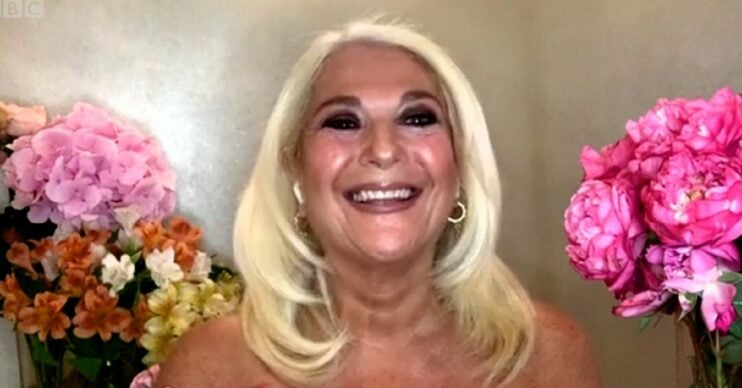 She looked rather sunkissed

Vanessa Feltz distracted The One Show viewers with her appearance during last night’s episode (October 5).

The 59-year-old broadcaster appeared on the BBC One programme to discuss Radio 2’s special plans for World Poetry Day.

But as she chatted to hosts Jermaine Jenas and Sam Quek, some fans couldn’t help but make a few comments online.

Vanessa Feltz appears on The One Show

Appearing from her home, the presenter went on to discuss the upcoming plans for National Poetry Day.

The Radio 2 event, which takes place tomorrow, will feature specially commissioned poems being read out all day.

Vanessa is one of the many hosts taking part.

Speaking about the event, she said: “I am wildly excited about Poetry Day on Radio 2.

“We’re having brand new poems specially written by six of the best poets in the land.”

The star appeared extremely passionate as she went on to explain what was happening on her own breakfast show.

What did viewers say about Vanessa’s appearance?

Despite her enthusiasm for World Poetry Day, some viewers took to Twitter to comment on Vanessa’s appearance.

According to some, the star looked extremely tanned.

One wrote: “Vanessa has been bathing in the extra dark creosote I see #TheOneShow.”

Does she stop for breath?

Another joked: “Vanessa could have put a bit of makeup on for her appearance.”

Meanwhile, others commented on how fast Vanessa was talking during the segment.

Does she stop for breath? #TheOneShow

Another added: “Does she stop for breath? #TheOneShow.”

A third tweeted: “Vanessa certainly loves the sound of her own voice #TheOneShow.”

As well as her Radio 2 slot, the host regularly appears on This Morning.

She’s also in a long-term relationship with partner Ben Ofoedu, who she admitted to “sending saucy texts” to back in June.

The One Show Vanessa Feltz