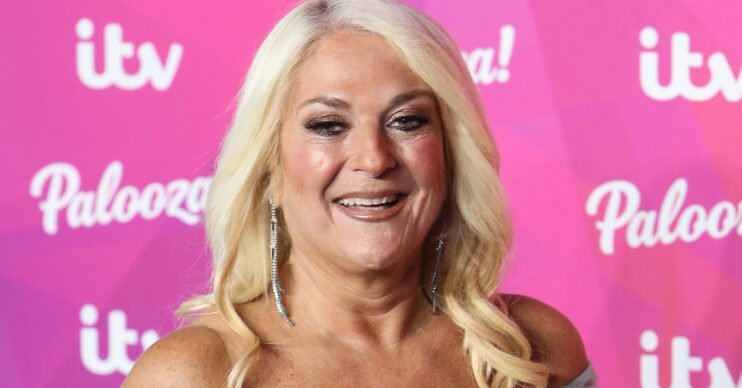 Vanessa Feltz has issued a Covid update with fans as she’s isolates from her partner Ben Ofoedu.

The star, 60, revealed yesterday that she had tested positive very shortly after appearing on This Morning.

On Friday, Vanessa shared a video from her bed as she revealed she’s suffering from some symptoms.

In the video, Vanessa is lying in bed as her partner Ben is seen outside of the room wearing a mask.

He asks her: “Hey sweetheart, how did you sleep?”

What else did Vanessa say?

Ben then paid Vanessa a compliment, saying she looked better.

Vanessa adds: “I don’t think I’m going to show the lovely followers what I look like this morning.

“I don’t think it would give them much of a treat. I look terrible! Lots of love.”

Vanessa’s followers sent their well-wishes to the star in the comments as Ruth Langsford wrote: “Hope you feel better soon. Lots of love.”

A fan added: “Get well soon,” followed by a red love heart emoji.

It comes after Vanessa confirmed she had tested positive for Covid.

She said in an Instagram video of herself holding up a positive lateral flow test: “Oh well, here it is. I’ve got Covid.

“Gosh, I don’t really know what to say. It’s a bit of a shock because I don’t feel that bad, I feel in fact okay.”

Vanessa added that she had just been in the This Morning studio.

She said: “I’ve just did This Morning and I gave a right cough when I was on the telly and I thought that’s a bit weird.

“Got on the back of the motorbike to come home again and felt slightly queasy which I never never do.”

Vanessa concluded: “Thought I better test and here it is, positive.”

What do you think? Head to our Facebook page @EntertainmentDailyFix and let us know.