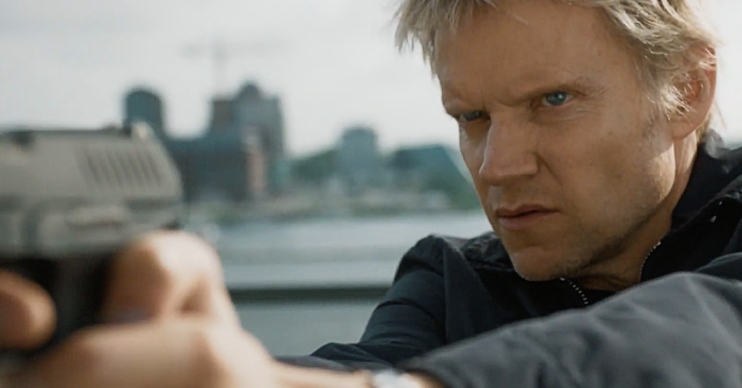 What was the Van der Valk original theme tune and what’s the latest on series two?

But it’s the change in theme tune that has vexed viewers since the show’s return. So what was the original and who composed it?

What was the original ITV show Van der Valk and its theme tune?

The series, which began in 1972, featured the adventures of Simon ‘Piet’ Van der Valk as he solved crimes around the canals of Amsterdam.

Not only did the series go down as one of the most iconic of the 1970s, but its theme tune achieved legendary status.

That original instrumental theme was called Eye Level, and it was performed by the Simon Park Orchestra.

Based on a German/Dutch nursery rhyme, and inspired by Mozart’s The Marriage of Figaro, it was adapted by Dutch composer Jan Stoeckart.

For a crime drama, it was quite the jaunty, ear-wig ditty.

So much so that it was released as a single in 1972, and went all the way to number one in the charts the following year.

Selling over a million copies, it stayed at the top for four weeks.

Who composed the new theme to Van der Valk?

The original Van der Valk ran over the course of 20 years.

With a brand new cast, headed up by Marc Warren, ITV’s reboot comes with a new theme tune.

However, it’s a far cry from the original, jaunty theme, with Dutch composer Matthijs Kieboom opting for a much moodier version.

Only elements of the original theme can be detected.

The award-winning composer has worked on TV shows and films in his native Holland, and has also collaborated with DJ Armin van Buuren.

#VanDerValk That modern theme tune was awful.The original was brilliant.

What the hell have they done with the theme tune?? Absolute sacrilege 😭#VanDerValk

What an abomination of what was a wonderful theme tune. #vandervalk

How did viewers react to the new theme tune?

It’s safe to say when the rebooted Van der Valk first appeared on ITV last year, it didn’t go down well with viewers.

Some disgruntled fans who remembered the original series took to Twitter to complain.

One said: “That modern theme tune was awful. The original was brilliant.”

Another harrumphed: “What the hell have they done with the theme tune?? Absolute sacrilege.”

“Wished they’d kept a bit more of the original theme tune though #EyeLevel.”

Doubtless the repeat of the series this May is likely to be winding people up all over again!

What’s the latest on series two?

ITV announced that there would be a second series of Van der Valk.

Writer Chris Murray told Radio Times: “We’re developing some scripts for three more films, hopefully, if we get to – once the virus lifts, hopefully.

“One is set in the world of the diamond industry, because Amsterdam is famous for its history of being the city of diamonds.

Warren is confirmed to come back in the title role, Maimie McCoy returns as Lucienne Hassell and the supporting cast are all set to return. Let’s hope Trojan the pup does, too!

However, when it will return is another question – like so many other TV dramas, production on Van der Valk was delayed last year because of the pandemic.