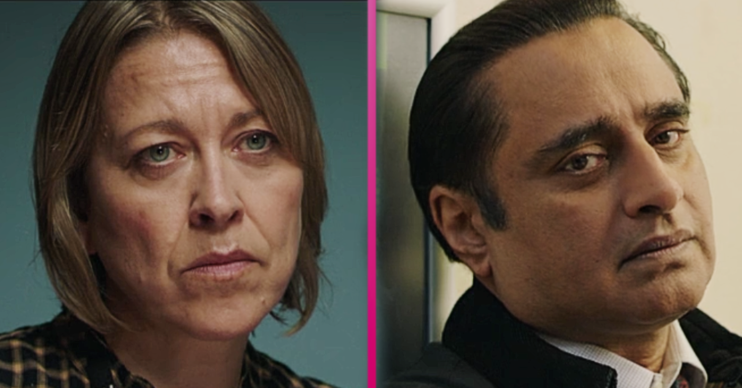 Is someone chopping onions in here?

Furthermore, it was packed secretly by co-star Nicola Walker.

Earlier, viewers were heartbroken after Nicola’s character, DCI Cassie Stuart, lost her life after a horrific car crash, and she left Sanjeev with a parting gift.

What did Sanjeev share after the series four Unforgotten finale?

Throughout the series, 57-year-old Sanjeev, who plays Cassie’s partner Sunny Khan, has been sharing pics of his character’s famed backpack with fans.

Viewers often speculate what’s in the backpack, and Sanjeev has revealed some hilarious objects that reference the storyline.

Read more: Unforgotten on ITV: What takes its place next week after tonight’s series finale?

However, it was a different story after last night’s finale (Monday March 29).

Unbeknown to him, Nicola had left a message from Cassie, which broke the actor.

Thank you all for carrying us through series 4 of @UnforgottenTV. The last of this series #sunnysbackpack was unbeknownst to me, packed by #NicolaWalker – with a note she wrote, when I opened it on set. I cracked. pic.twitter.com/mGgZAhirI6

What was in the backpack?

Sanjeev began by thanking fans and paying tribute to his co-star.

He wrote: “Thank you all for carrying us through series 4 of @UnforgottenTV.

“The last of this series #sunnysbackpack was unbeknownst to me, packed by #NicolaWalker – with a note she wrote, when I opened it on set. I cracked.”

The last of this series #sunnysbackpack was unbeknownst to me, packed by #NicolaWalker.

The image showed a framed picture of Nicola/Cassie, and a note.

It didn’t long for fans to share Sanjeev’s heartbreak.

One Twitter follower responded: “We will so miss #Unforgotten.

“Thank you for bringing these wonderful characters to life with your sublime acting. I am an emotional wreck.”

Another said: “Sent a screenshot of this to my mum, like me, she cried when she saw it.

Read more: Unforgotten on ITV1: Will there be a new series? What will Nicola Walker be in next?

“This morning she asked me where did I get it from. Long story short, it’s now your fault my mum wants to join Twitter.”

A third wrote: “Oh you’re killing me – set me off again – I’d only just stopped enough to be able to see.

“I think I need to go watch something humorous now to change my mood.”