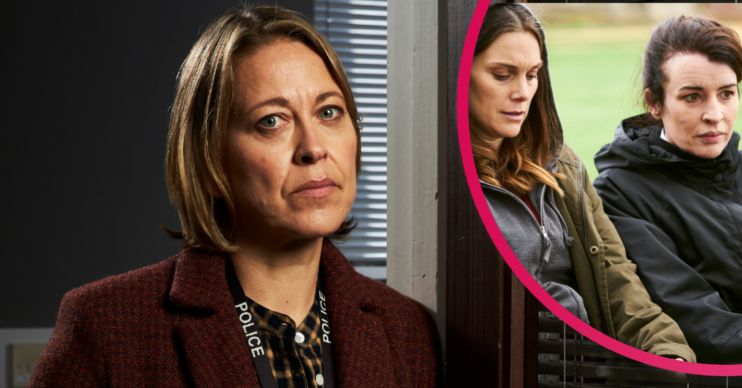 Things are starting to hot up...

The fan speculation all centred around a meeting between Liz Baildon (Susan Lynch) and Fiona Grayson (Liz White).

The two met up in secret last night, and viewers were convinced they have something to do with the murder back in 1990.

Furthermore, with the pair showing genuine affection for each other, many viewers thought that they had an affair back in the day.

“I told them the truth Fiona, like we agreed,” Liz told Fiona.

And Fiona replied, repeating their agreed story: “After Rob got pulled over, you drove the rest of them home, before driving Rob’s car back and walking home from there.”

It wasn’t long before fans took to social media to react to the scene.

Liz & Fiona were lovers!!!!! Liz killed Walsh because he assaulted her!!! #UFTheory #unforgotten

Liz has just jumped to the top of my list of suspects… #Unforgotten #Unforgotten4 #UFTheory pic.twitter.com/OsIlndYrQQ

What were the viewers’ fan theories after last night’s episode?

Convinced that the pair were lovers and they had something to do with Matthew Walsh’s death, viewers took to Twitter to share their theories.

One said: “Liz Baildon definitely did it but Fiona helped her with the body because they were lovers.”

Another thought that Walsh had tried to assault Fiona, with Liz taking revenge.

Liz is my main suspect. She has them all under the thumb.

“Could Liz have lashed out at Walsh and killed him because he tried to rape Fiona perhaps??” one fan theorised.

A third said: “Liz is my main suspect. She has them all under the thumb.”

What are the other theories?

Another theory revolved around whether Robert Fogarty was still alive or not.

Fogarty owned the freezer Matthew Walsh’s remains were found in.

Read more: Lucy Speed plays Marnie in Unforgotten: Will she return to her role as Natalie in EastEnders?

One fan said: “Fogerty is still alive, living under a different name, that’s who they’ve been contacting.

“Are they all being blackmailed by him? Doing what he says?”