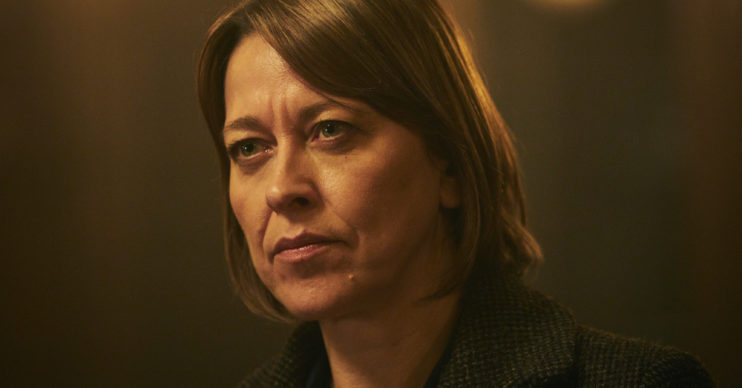 Cassie in Unforgotten: Is Nicola Walker leaving after huge twist in penultimate episode?

Unforgotten on ITV delivered an almighty plot twist surrounding Cassie at the end of the penultimate episode.

In the closing moments, the exhausted and distracted cop was looking at her phone as an oncoming car came crashing into her vehicle.

Is it the end of one of our favourite TV duos?

ITV is remaining very close-lipped on whether Cassie is alive or dead.

It has released very little information about next Monday’s final episode – as we’d all expect.

Read more: Everything we know about the Unforgotten finale

And what it does say is open to interpretation: “Despite a tragic turn of events, Sunny and the team narrow down the suspects.

“Will they find conclusive proof of who the murder weapon belonged and succeed in bringing Walsh’s killer to justice?”

We desperately don’t want to think of the alternative – she is so close to retiring and living out some happy years with that handsome lover of hers!

But it leaves a big question to be answered next week… was the collision an accident? Or was one of the four suspects in the murder investigation responsible?

Read more: Unforgotten Vs Line of Duty in battle for TV crown

Each of them was seen in turn behind the wheel of their car as Cassie sat in hers, awaiting comms from her dad.

She was even twitchier than usual following a spectacular showdown with her ailing father, who told her she’d become an a***hole before all-but slamming his door in her face,

This also makes us wonder about the future of the series… with Cassie due to finish work, Unforgotten is at the very least facing some major changes.

Will there be a series five? And will Sunny continue with a new leading lady? Wonder how Keeley Hawes’ diary is looking.

Meanwhile, there IS still that cold case to put to bed.

The net is closing in on Ram Sidhu, Fiona Grayson, Dean Barton and Liz Baildon. Fiona has spilled her guts on what she believes happened to scumbag victim Matthew Walsh.

She claims to have believed they were covering up an accidental death… so which of them delivered the proverbial killer blow?

Bent coppers! If Ted Hastings were in charge he’d throw the book at the lot of them.