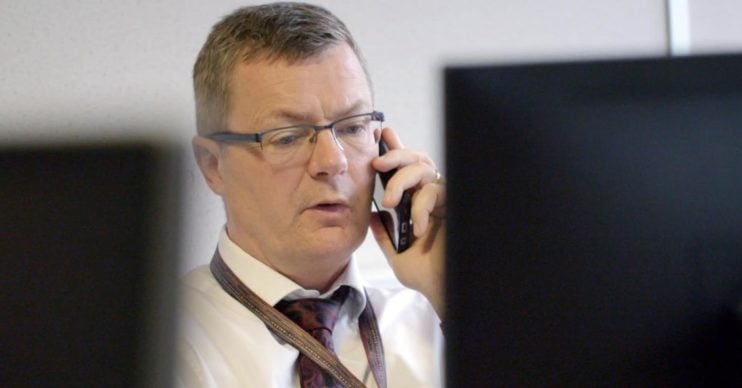 Another tough but necessary watch

However, in last night’s second episode (Monday February 15), viewers seemed appalled at some online predators and their seemingly lax sentences.

The second instalment followed a police officer who assumes an undercover identity online.

In the episode, a middle-aged male police officer posed as a 13-year-old girl from Essex.

Subsequently, within minutes of creating an account on a social media site for teens, ‘Kiera’ was bombarded with messages from a man called Martin.

But Martin – who police arrested on his way to meet a young girl he groomed online carrying sex toys – only received three years.

8 years for that married guy, still not enough for me & the 3 year period for the other guy is absolutely absurd. Stronger punishments are needed for scum like that #HuntingPaedophiles

The series has won praise for being a tough but necessary watch for parents.

But viewers were angry after seeing inconsistencies in some offenders’ sentences.

Eight years for that married guy, still not enough for me.

One viewer said: “Eight years for that married guy, still not enough for me.

“And the three-year period for the other guy is absolutely absurd.

Another commented after watching it: “Im angry more than anything.

“How can one animal who went out with sexual toys to meet a 13-year-old get three years where as the other one got eight for being online?”

“One man got eight years for messaging young girls and sending videos.

“Another got three years for taking sex toys and cable ties to a meet up with a 13 year old.

“And yet you ‘could’ get ten years for breaking Covid travel rules. The system is [bleep].”

What has Channel 4 said about the series?

Before the series started, Channel 4 issued a statement about the show.

It said: “This powerful series is both timely and vitally important.

Read more: Hunting Paedophiles: Is it an illness and how to check if a paedophile lives near you

“As a direct result of Covid, millions of children are now stuck at home…

“…Bored, hidden away in their bedrooms and chatting online.

“…By an increasing number of would-be sexual abusers.”