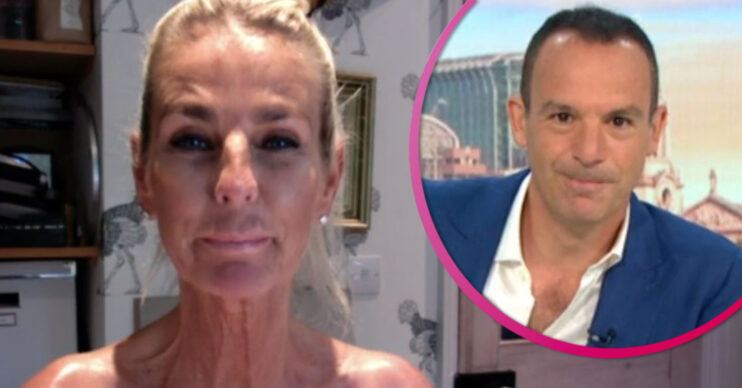 On today’s Good Morning Britain, Ulrika discussed the trolling she faced after sharing the picture.

The image showed the TV presenter wearing nothing apart from a pair of wellies as she supported men’s mental health.

What did Ulrika Jonsson say about the photo?

Ulrika said: “The hashtag is Bare Yourself because their statistics reveal that about 47 per cent of men don’t share their real emotions.

Read more: Ulrika Jonsson encourages women to ‘own’ their flaws after naked photo

“The whole point of it is to encourage men to bare their feelings and open up.”

Martin, who is guesting presenting on the show this week, said: “Ultimately this was a publicity stunt.

“I don’t say that in a pejorative way, you did this to gain publicity because you’re raising awareness and that’s what publicity is there for.

“No one should have to take abuse or take people being vile to them, but you must accept that some people want to criticise and say it wasn’t appropriate.”

Ulrika replied: “First of all, 99 per cent of the response I got was positive.

“Secondly, it’s a naked body and all of us have one of those.

“Yes, I was very nervous about posting it and I sat on the photo for a couple of weeks before I plucked up the courage to post it.”

She added: “That’s mainly because the vast majority of women are probably unhappy with the shape of their body because we feel under a great deal of pressure.

“Of course you get the odd idiot and I felt very strongly that I’m doing this for charity. I’m not getting any money for it.

“I’m trying to encourage people to donate to the charity and give some coverage for the charity.

“So I felt totally at peace with the reasons which I was doing it.”