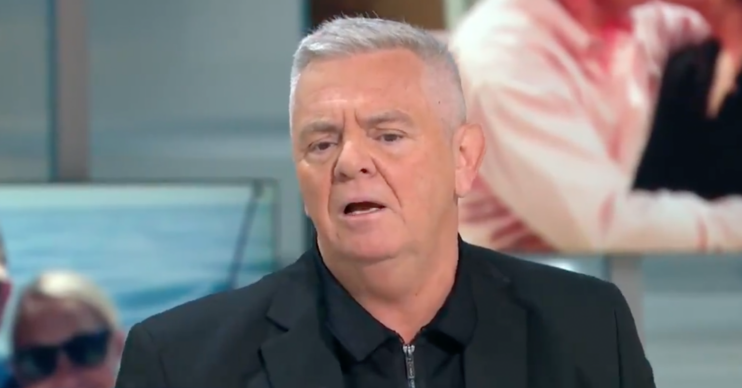 He was wanted by Interpol

Bemused GMB viewers took to Twitter to reveal their confusion this morning (September 3) as ex-Coronation Street star Phil Middlemiss appeared on the show.

Phil, who played Des Barnes from 1990 till 1998, chatted to hosts Ben Shephard and Kate Garraway about the time he became embroiled in a global bribery scandal.

Phil spoke for the first time about getting caught up in a multi-billion pound international bribery scandal.

And he explained that, after being put on “Red Notice by Interpol”, he became “one of the most wanted people in the world”.

Phil said: “Andy McNab has written a book on Red Notice – he has called it Red Notice, and it is an international thing that gets sent out globally.

“You essentially become one of the most wanted people in the world.”

Phil added: “It printed all my passport details – so where I lived, places I was likely to visit – I had not even been to any of them.

“And it then said underneath: ‘He may be travelling under his alias of Des Barnes.’

“Now, I am not the smartest guy but even I could come up with a better alias to use than Des Barnes if I was on the run!”

So what actually happened?

Back in 2019, Airbus agreed to pay a record $4 billion fine to the UK, France and the US after a four-year investigation found it bribed public officials and hid the payments in a web of worldwide corruption.

A year later, in July 2020, Interpol issued a red notice on Phil.

This was picked up by the Ghanaian government and sent out on all media platforms.

As a result, Phil has spent the past two years facing possible prosecution by the UK’s Serious Fraud Office in relation to allegations of bribery and corruption and the £50 million sale of three C-295 military planes by global aerospace giant Airbus to the Ghanaian government.

Phil, who denies any wrongdoing, said the allegations turned his life upside down.

He revealed he’s lost his house and has even suffered from panic attacks and PTSD as a result.

“I ended up losing the house, the car. It’s a very stressful situation,” he said.

Appearing on GMB, he revealed that he has since been sent a letter by the SFO confirming he won’t be prosecuted for any offence.

“Everyone was terrified,” he concluded.

Former Coronation Street star Phil Middlemiss speaks for the first time about how he became embroiled in the costliest global bribery scandal of all time.

Phil reveals how the allegations turned his life upside down and left him in a rented house after his home was repossessed. pic.twitter.com/8Awl9ZNEFC

GMB viewers, however, were left bemused by Phil’s story, and took to Twitter to say as much.

“I think Phil has entered the realms of fantasy,” said another.

“Ben or Kate didn’t hide the fact they didn’t believe a word he was saying,” said a third.

“Phil Middlemiss… wanted by Interpol for bad acting,” another quipped.

“Phil forgot to tell us he wrote a musical whilst being trapped in a black hole!” another joked.

GMB fans on Twitter: Will Phil’s experience be made into a TV drama?

“So Phil is on ITV as a job interview??” another asked.

Well, it appears the experience could well be made into a TV show.

Phil revealed he has been “approached by a few networks for dramatisation”.

However, he admitted he was “waiting until his life was in order” before agreeing to anything.

What did you think of Phil’s appearance on GMB today? Tell us on our Facebook page @EntertainmentDailyFix.