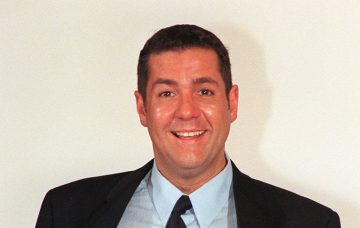 Fans will get to see his Florida Fly Drive

Fans are still reeling from the sad news of Dale Winton’s death at the age of 62 earlier this week, but they will have one more chance to see his final TV series.

Dale had made a series called Dale Winton’s Florida Fly Drive for Channel 5 and the show began on the channel earlier this year.

However, following a shooting at a high school in the US state, Channel 5 took the decision to remove Dale’s show from schedules after the first episode as a mark of respect to those affected by the attack.

Three episodes are yet to be aired, but Channel 5 have confirmed that viewers will get the opportunity to see the rest of the show.

“We’re very saddened to hear about the passing of Dale Winton yesterday,” a spokesman for Channel 5 told Mirror Online.

“We were thrilled to have Dale on the channel and heartened by the public reaction to his new show. Our thoughts are with his family and friends.”

In the show’s first episode, which aired in early February, viewers saw Dale visit the iconic Walt Disney World where he enjoyed rides and posed with famous children’s characters.

No date has been set for the remaining episodes, but when the series was stopped, Channel 5 indicated that it would return in June.

Police continue to investigate the TV presenter’s death and released a statement earlier this week indicating that they did not view it as suspicious.

“The death remains unexplained although at this early stage the police are not treating it as suspicious,” Scotland Yard said.

“A post-mortem examination will be scheduled in due course. Enquiries into the circumstances by officers in Barnet continue.”

Dale had recently moved into a new home in Totteridge, north London, having moved out of his central London flat in Regent’s Park.

Fans have left tributes at the home of the much-loved presenter, famous for his shows including Supermarket Sweep and National Lottery: In It To Win It.