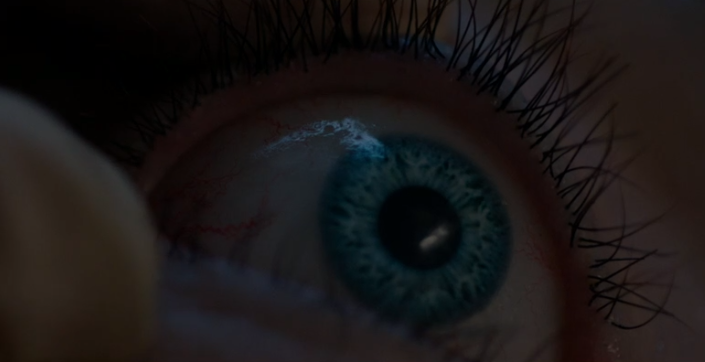 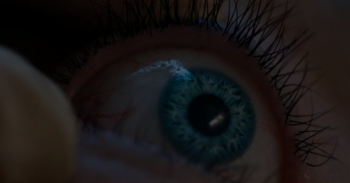 Did they have to add the squidgy sound effects?

The second series of BBC One medical thriller Trust Me continued last night (April 23) and almost had viewers vomiting with one particularly graphic scene.

In episode two, paralysed soldier Jamie McCain (Alfred Enoch) was reeling from the death of fellow patient Danny (Elliott Cooper), who passed away right before he was due to be discharged.

The circumstances were suspicious and Danny was carted away for a post-mortem to determine what happened to him.

With his body on the examination table, the pathologist proceeded to open his eyelid – and jab a needle right into his eyeball. Urgh!

Judging by viewer reactions on Twitter, people weren’t ready for it at all.

One said: “#TrustMe oh lord, I had to pause it and go make some tea after the eye. I don’t do eyes. Arrghh.”

Another tweeted: “A needle to the eyeball along with squidgy sound effects – I did not expect that.”

Someone else wrote, alongside a vomiting emoji: “Nope. Nope, oh god nope.”

A fourth fumed: “That eyeball shot was just gratuitous!”

A fifth viewer simply tweeted: “NEEDLE IN THE EYE #TrustMe.”

#TrustMe oh lord I had to pause it and go make some tea after the eye. I dont do eyes. arrghh.

The second installment of Trust Me saw Jamie continue to suffer from violent flashbacks of his combat experiences.

After witnessing Danny’s death and seeing the data on mortality rates on his iPad, he came around to the idea of a killer on the ward and shared his fears with Zoe (Katie Clarkson-Hill).

Debbie (Ashley Jensen) tried taking Jamie through some physio in the hospital pool, but his anxieties threatened to engulf him and he suffered a severe panic attack.

We now have a good idea of who’s who on the ward, but we’re no closer to knowing the identity of the killer.

Hospital boss Dr. Archie Watson (John Hannah, from The Victim) hasn’t done much for us to suspect he’s behind the murders, although in the closing scene of episode two he looked particularly sinister.

He saw him slowly descending to the ward in a lift, staring at bedbound Jamie through a wreath of light and bringing to mind the term that Danny used to describe the killer in the first episode – “angel of death”.

Who do you think is the hospital killer? Leave us a comment on our Facebook page @EntertainmentDailyFix and let us know.