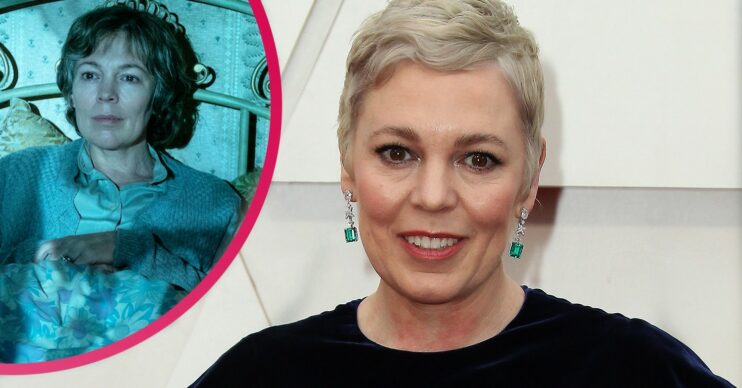 Starring Oscar-winner Olivia Colman and David Thewlis, it tells a stranger-than-fiction story based on a real-life crime.

So what’s it about and what really happened?

What is Landscapers with Olivia Colman all about?

Landscapers tells a unique love story involving a seemingly ordinary couple who become the focus of an police investigation.

Mild-mannered husband and wife Susan (Colman) and Christopher Edwards (Thewlis) have been on the run from reality for over 15 years.

And that means they have blocked out a double-murder.

When Christopher makes a call to his stepmother, their role in a terrible crime begins to emerge.

As the investigation moves forward, Susan and Christopher descend into a fantasy world, full of Hollywood heroes.

What really happened to Susan and Christopher Smith?

Neighbours thought that Patricia and William Wycherly had left their home in a village near Mansfield.

They received Christmas cards every year from their daughter Susan.

William even received a telegram from the Queen on what would have been his 100th birthday.

The truth was that they had been shot by their daughter Susan and buried in a shallow grave in their back garden.

Why? Susan, with the help of husband Christopher, murdered them in 1998 to access their bank accounts.

Once they had the money, they splurged on Hollywood memorabilia.

After going on the run and ending up in France, they eventually turned themselves in in 2012.

They’re now behind bars for 25 years each for their crimes.

Who else is in Landscapers on Sky?

And, with the first-look images now released, it’s safe to say that it won’t be long until we can watch it.

We’re expecting the drama in the autumn.