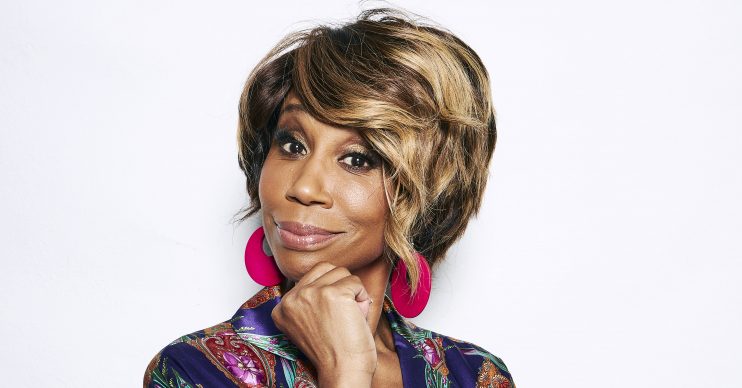 She's been receiving some hate online

Trisha Goddard has hit back at trolls who claimed she only spoke about cancer on Dancing on Ice “because she was rubbish”.

The 62-year-old TV presenter – who was diagnosed with breast cancer in 2008 – got emotional on the ITV show last night (12.01.20) following her skate-off performance, and she has praised the programme’s bosses for letting her be herself.

Trisha, who was eliminated from the show last night, said: “I got emotional about it, and I’m not a weepy person.

“And you get those remarks on Twitter saying, ‘She’s just using cancer just because she was rubbish,’ and you think, ‘Please God, don’t let anyone in your family go through cancer, because it’s a mental trip as much as a physical one.’

“There are doctors looking after you physically, but what happens to your mind doesn’t leave you, and you kind of stick it to the back.

“The Dancing on Ice folk were so lovely… I just wanted to be me.”

Read More: Dancing On Ice: Trisha Goddard is the first to be eliminated

Following her skate-off, Trisha said on the show: “I’m just glad I could be able to do that. I’ve been supported online by a lot of other cancer sufferers who I in turn support.”

Trisha admitted she is “not really” sad to have departed the programme, and is pleased she went out “on a high”.

Speaking on This Morning, she added: “Am I sad? No, not really. Because I’m a realist and a grown up and I went out on a high.

“I did what I really wanted to do.”

This morning at @thismorning @schofe @hollywilloughby

Trisha and her professional partner Łukasz Różycki became the first pair to be eliminated from the ITV ice skating competition on Sunday.

She was up against newsreader Lucrezia Millarini and her partner Brendyn Hatfield, but ultimately the judging panel – comprised of legendary ice dancing duo Jayne Torvill and Christopher Dean, as well as Ashley Banjo and John Barrowman – chose to save Lucrezia and send home Trisha.