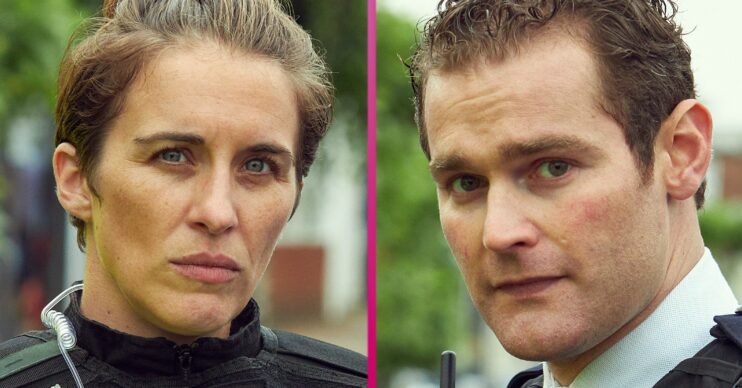 Who is responsible for planting the bombs around London?

Trigger Point continued on ITV this week with episode two, and ended with another tense cliffhanger – here’s our review.

Okay, so nothing could quite compete with the previous week’s explosive finale – but it was still a nail-biter.

We saw Vicky McClure’s character Lana tested to the limit with more bombs found around London.

But who is planting them, and is she the only bomb disposal expert in the country’s capital?

Here’s our review and the six burning questions we want answering after watching episode two of Trigger Point on ITV.

***Warning: spoilers from episode two of Trigger Point ahead***

Read more: Trigger Point on ITV1: What’s it about and how many episodes is it?

Trigger Point episode two review: Who is planting the bombs?

At the beginning of episode two of Trigger Point, we learnt that 18 people – including Joel Nutkins – were killed in the Westhaven terror attack.

But we are still no nearer knowing who was responsible.

The intended target of the bomb points at Andy Phelan.

We’re told he’s a right-wing activist, ex-English flag, with a criminal record for violent assault on the black, Asian and LGBTQ+ communities.

Therefore, the police suspect the bombing was a targeted attack by an Islamic group on an active white supremacist.

Later, CCTV footage of a suspicious vehicle leaving Westhaven provided some clues as to who planted the bomb.

Police eventually tracked the van to a warehouse on the edge of London.

Once there, Lana Washington uncovered bomb-making materials and evidence of suicide vests that seemed to confirm that the bombers were Islamist…

But is everything what is seems?

Is evidence being staged to blame Islamists?

All evidence pointed to an Islamic terrorist group in the warehouse.

But new senior Lana questioned how pristine the bomb factory looked – like it hadn’t even been used.

She also doubted how the bombers were able to get their hands on military-grade explosives.

“They are leading us up the garden path.”

Is someone planting evidence to make it look like a terrorist attack by ISIS?

If so, is someone trying to incite racial hatred?

During the first bomb scare, Lana and the now dead Joel found the numbers 1912 etched into the wall.

But what does it mean?

We’re told in episode two of Trigger Point that the numbers aren’t linked to any known terrorist group.

So does that mean the numbers are personal to someone?

Who is Carl and what’s his relationship with Lana?

During episode two of the ITV series, Lana and the team said goodbye to Joel at his funeral.

After the service, they drank their sorrows in the pub.

Which is where we met Carl, played by Warren Brown (who is also in The Responder at the moment!)

We sensed there was a chemistry between the pair…

Could Lana be heading towards a tricky love triangle?

But he left the pub early because he “had to get back”.

Get back to what? And why haven’t they revealed their relationship?

We sense emotional trouble ahead!

Trigger Point episode two review – should Lana be working at all?

In episode two, we’re reintroduced to Lana just four days after the death of her colleague Joel.

That’s not enough time to get over a pet hamster dying, let alone a best friend.

Should Lana even be working so soon after watching Joel die?

The bomb disposal expert clearly struggled with flashbacks during the episode.

Surely she can’t be the only EXPO in the whole of London?

Will Lana get out of the mosque alive?

At the end of episode two, Lana and the team were called to diffuse a bomb in a mosque.

She quickly realised it was a nail bomb – usually made by amateurs, not experts.

This could suggest it’s a revenge attack.

As the timer counted down, Lana raced the clock to diffuse the bomb and save the hostage.

But will she manage it?

(We hope so, as we can’t cope with both lead characters dying within weeks of each other!)

Trigger Point continues on Sundays at 9pm on ITV1 and the ITV Hub.

What do you think of Trigger Point so far? Leave us a comment on our Facebook page @EntertainmentDailyFix.