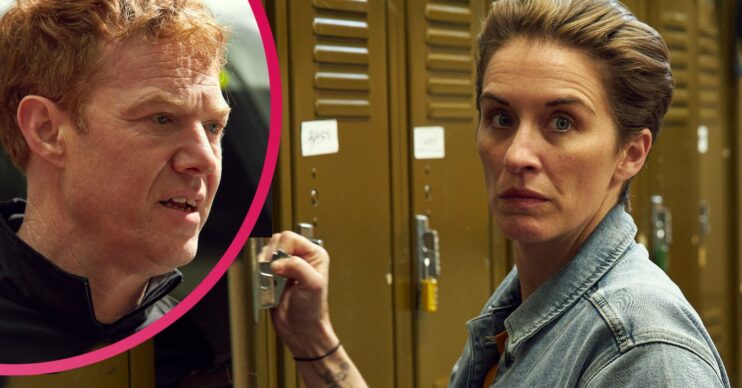 Trigger Point episode three review: Six questions we have after THAT big twist!

Trigger Point continued on ITV this week with episode 3, and now we know who the bombers are.

Or at least, we THINK we do…

Lana Washington faced (another) tense day at work when she was forced to diffuse a (nother) bomb.

And she made it look SO easy – more on that later.

Here are the burning questions we still need answering as the series continues.

***Warning: spoilers from episode 3 of Trigger Point ahead***

Read more: Trigger Point on ITV1: What’s it about and how many episodes is it?

Episode 3 of Trigger Point ended with yet another bombshell – but this time of a different kind.

Lana (Vicky McClure) and Sonya (Kerry Godliman) work out that the bombers have had military training.

Which leads them to suspect at least one of the self-named Crusaders is an inside man.

While her colleagues are out at lunch, Lana breaks into John’s locker.

[Note to self: Always carry a paper clip around.]

And Lana soon discovers what seems to be evidence linking John to the bombs – a London A-Z with dates, times and locations conveniently circled in pen (thanks John!).

Errrrr, would he REALLY leave something linking him to the bombings in his work locker?

Add that to the fact he’s already voiced racist views, and knew about Lana’s ‘secret’ relationship with Thom, something is beginning to smell fishy.

Or is it all a red herring?

Is Lana heading towards a nervous breakdown?

Lana struggles to cope with the dangers of her job in episode 3 of Trigger Point.

We’ve already questioned whether she should have been working just days after her friend and partner Nutkins was killed.

But the pressure just keeps on coming.

During a heart to heart with Karl – romance klaxon, see below! – she admits she’s scared of losing her nerve.

Viewers have also seen her suffering from scary flashbacks, and moments where she freezes.

She also failed to call for back-up at the mosque, which was her job as the new senior.

Lana, are you okay hon?

Trigger Point episode 3 – what do The Crusaders want?

We now know that the bombers are a far-right extremist group calling themselves The Crusaders.

But who is Crusader two and are there more of them?

We still don’t know the identity of Crusader number two, although we know he was able to walk away from a building undetected – even though it was crawling with police.

So what do The Crusaders want and why now?

How the hell did the police get the gag from victim Ali’s mouth?

At the beginning of Trigger Point episode 3, Lana is unable to save the hostage in the mosque.

The bomb goes off in an explosion of flames and billowing smoke.

Later in the episode, during a police debrief, they exhibit the flag used to gag him.

Luckily it had The Crusaders printed on it for easy identification.

But how the HELL did this piece of evidence survive the blast?

We’re not sure even Lana could answer that one!

Trigger Point episode 3 – are Lana and Karl heading for romance?

As we suspected in episode two of the ITV1 drama, Lana and Karl seem to be heading towards a romance.

Yes, we know boys and girls can be friends – but this is a TV drama we’re talking about so it’s hardly going to be platonic!

The chemistry is palpable whenever Lana and Karl meet up.

Lana is generally cold and closed, but seems to open up around Karl.

They have a lot in common, and she’d clearly not that into boyfriend Thom Youngblood.

Have you noticed how many times he’s said he loves her, and she never says it back!

And then there’s the fact that Lana is hiding her messages and meetings with Karl.

During episode 3 of Trigger Point, Lana was called to diffuse a bomb at a pub.

The far right extremists had targeted an LGBTQ+ pub in London.

As Lana seems to be the ONLY bomb disposal expert in the whole of the city, she saved the day.

But not before being shot at by a sniper.

Now either the gunman was pretty crap, or Lana has an invisible force field around her protecting her from harm.

Is it REALLY that simple to neutralise a bomb?

If so, we chose the wrong job!

Trigger Point continues on Sundays at 9pm on ITV1 and the ITV Hub.

What do you think of Trigger Point so far? Leave us a comment on our Facebook page @EntertainmentDailyFix.