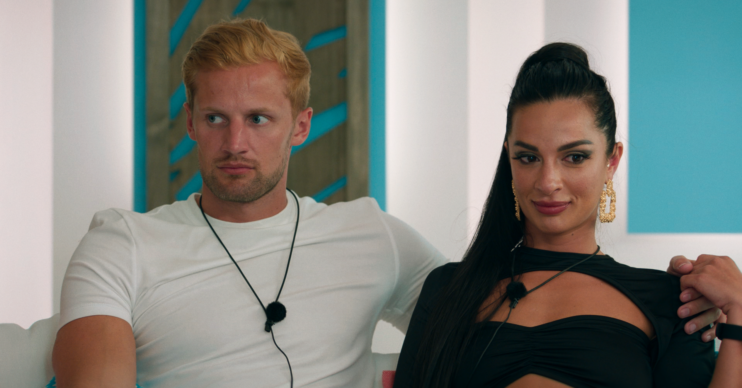 Too Hot To Handle season 2: Are Robert and Christina still together?

These two wreaked havoc in the retreat - but did they last?

Too Hot To Handle is over and the cast are now spilling all the gossip about who stood the test of time. So let’s start with Robert and Christina.

The British entrepreneur and the South African pilot had an immediate spark – and couldn’t resist each other.

Fair to say that a decent amount of the $100,000 prize fund disappeared as a result.

But what happened next for these two? Did they last or was it just a holiday romance?

Here’s what happened on their Turks and Caicos adventure…

What happened to Robert and Christina?

Robert Van Tromp and Christina Carmela were both late arrivals in the retreat – joining their co-stars on dates.

While Christina was matched with Cam Holmes, Robert went on a date with Carly Lawrence.

However, it turns out they had a stronger connection with each other. Despite the sex ban, they soon had a raunchy clinch by the fireplace, losing $3,000 of the prize fund.

Read More: Who won Too Hot To Handle season 2 and how much money did they get?

Later on that evening, they hopped into bed together, with the pair breaking another rule for “20 seconds of fun” for Robert.

They eventually got kicked out of the retreat, three days before the finale, for ‘not taking the process seriously’.

Where are they now?

While they may not have been on the show long, turns out the pair actually had a connection – and they’re still together.

Seven months on, the couple is finally allowed to go public with their romance.

Naturally, they marked the occasion with a sizzling Instagram photoshoot of them on holiday together in Christina’s native South Africa.

“No one actually thinks they’ll go on a TV show and end up meeting someone they’ll fall in love with. Dear Lana, guess we didn’t do you so bad after all…,” Robert wrote.

Christina posted her own and joked: “20 seconds turned into 6 months with you.”