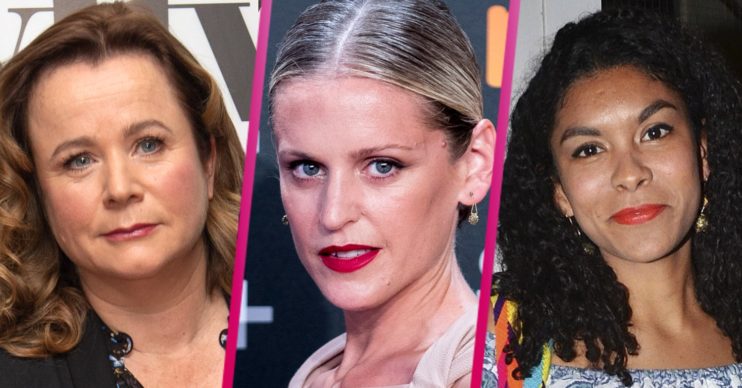 Filming on new drama Too Close is now underway, ITV and Snowed-In Productions have confirmed.

The mini-series, starring Emily Watson and Denise Gough, will be shot in London.

Here’s everything we know about it so far.

What is Too Close about?

Too Close focuses on the compelling and dangerous relationship between forensic psychiatrist Dr Emma Robertson (played by Emily Watson) and Connie Mortensen (Denise Gough), who is accused of a heinous crime but insists she can’t remember anything about it.

Dr Robertson isn’t easily shocked, as she has worked with her fair share of high security patients.

We’ve assembled such a talented cast and crew for Clara Salaman’s brilliantly compelling and gripping adaption.

But when she has to assess Connie for trial, the pair become dangerously close.

Connie is able to see Emma’s deepest insecurities – and brutally exploits them. As a result, their sessions turn into a complex psychological game.

Emma, meanwhile, strives to understand Connie, particularly her complicated relationship with beautiful best friend Ness Jones (Thalissa Teixeira). As Emma tries to uncover the truth and find out what triggered Connie’s actions, it seems that her attempts to see justice done may instead destroy her.

Who stars in Too Close?

Denise is a two-time Olivier Award winner, for her roles in People, Places and Things (2016) and Angels in America (2018).

Thalissa’s recent credits include Two Weeks to Live, a Sky comedy drama, and Trigonometry, a Love story aired on BBC2.

Who wrote Too Close and how many episodes are there?

Author and actress Clara Salaman has written the psychological mini-series.

Too Close will air across three parts. It’s based on the novel of the same title written by Clara under the pseudonym Natalie Daniels.

Bruce Goodison, known for his work on Doctor Foster, will direct the series.

Ruth Kenley-Letts, chief executive of Snowed-In Productions, said: “We’ve assembled such a talented cast and crew for Clara Salaman’s brilliantly compelling and gripping adaption of her novel and we’re so excited to be working with Polly Hill at ITV.”

Will you be watching Too Close? Leave us a comment on our Facebook page @EntertainmentDailyFix and let us know.