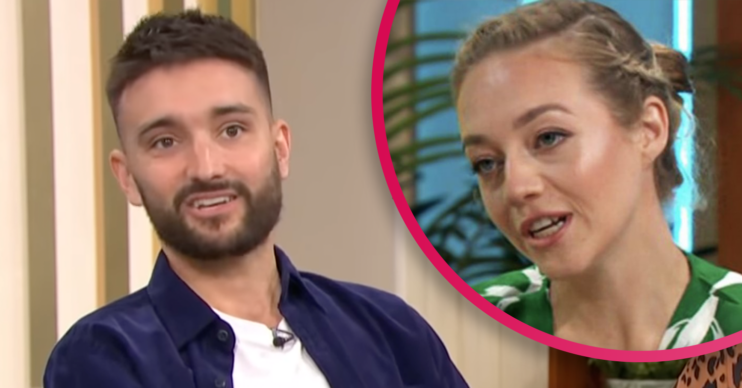 She doesn't understand her dad isn't coming back

Tom Parker’s wife Kelsey appeared on Lorraine today (June 14) and made a heartbreaking confession about how daughter Aurelia, three, is coping with her dad’s death.

The Wanted singer died earlier this year after a valiant battle with a rare brain cancer.

Tom left behind two children – daughter Aurelia and son Bodhi, who is just one.

And Kelsey today told Lorraine Kelly how the kids are adjusting to life without their dad.

Lorraine showed a video of little Aurelia in a bookshop, running over to a copy of her dad’s book.

The tot picked it up and kissed the picture of Tom, with Kelsey explaining: “Whenever she sees her dad she’s like, that’s my dad.”

She’s a bit like, well he’s been on tour so is he going to come back from this?

Lorraine then asked if Aurelia “understands” that Tom has died.

“I’ve been really honest but still every day she talks about him and she doesn’t quite understand that he’s not coming back,” Kelsey said.

‘She’s really confused by it’

Kelsey added: “Where the book’s out and she’s seen him in store she’s a bit like, well he’s been on tour so is he going to come back from this?

Read more: Who’s who in the cast of Emmerdale? Meet the full 2022 line-up

“She’s really confused by it but then she does talk about him every day,” Kelsey said.

“We have things of Tom’s around the house, she’ll see his wallet and be like: ‘That’s Daddy’s wallet.'”

Kelsey also explained how their house isn’t a sad one and, despite having “bad days”, she admitted that she just has to “get on with it”.

“He wouldn’t want us to be sad and mourning.

“I get my bad days but this is my life and I have to get on with it,” she said.