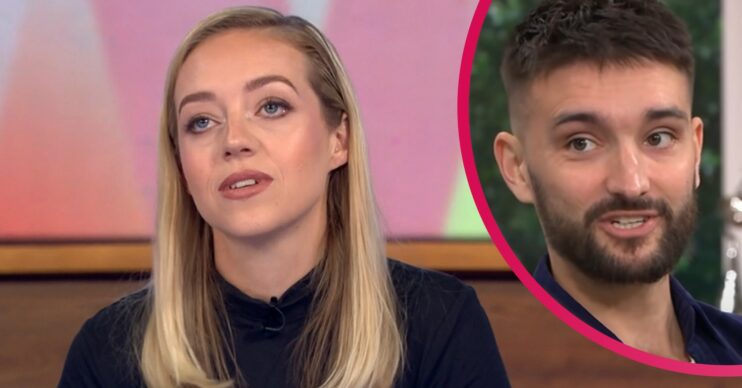 Tom sadly died in March following a battle with cancer

The widow of Tom Parker, Kelsey, has revealed the hearbreaking question her young daughter asked following his death.

The Wanted singer Tom passed away on March 30 at the age of 33 following a battle with brain cancer.

Appearing on Loose Women today (May 6), his widow Kelsey opened up about his death and explained how she told their children.

The couple have daughter Aurelia, two, and son Bodhi, one.

“Bodhi is only 19 months so he has no clue. But even the journey with Aurelia was really hard because when Tom went into the hospice, she was really confused.

“I did say to her he wouldn’t be coming home from the hospice.

“On the Wednesday, when he did actually die, in the morning I was leaving to go to the hospice and I just said to her, ‘I’ve got to go to make sure the angels come and take daddy. The angels are going to collect him.’

“Which is a really hard conversation. The next day I woke up and I had to tell her her dad’s dead.

“This is the advice I got – to be honest. I said, ‘Dad’s dead and he’s not coming back.’ So she’s still trying to digest that.”

She said: “When she gets with my mum she’ll be like to my mum, ‘So is daddy actually not coming back?'”

Kelsey said she wants to keep Tom’s memory alive with their children.

She said: “It’s about the kids and learning and celebrating him. I want to be able to talk about their dad…

“Even the final moments were magical. That’s the sort of person he was.”