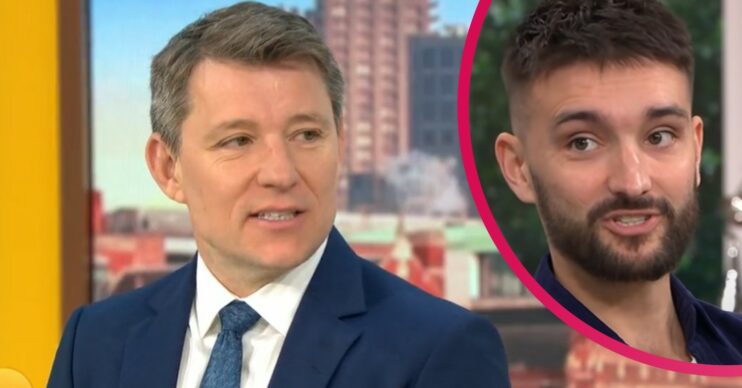 Tom Parker was ‘full of energy and fun’ on GMB months before death, says Ben Shephard

Tom sadly passed away on Wednesday at the age of 33

Following the heartbreaking death of Tom Parker, a tribute was paid to him on today’s Good Morning Britain.

Tom sadly passed away following a battle with brain cancer, at the age of 33.

Ben told viewers on Thursday’s GMB: “I’m sure all of you have heard the news, the very, very sad news, about Tom Parker from The Wanted who sadly died from his battle from a brain tumour.

Read more: When was Tom Parker diagnosed with a brain tumour? How was he famous?

“It was one of those moments that I think we were all desperately hoping wasn’t going to happen.

“The battle that he was taking on and the treatment that he was having was going to work.”

Ben then said the singer was “full of joy and fun” during an appearance on GMB late last year.

Susanna continued: “So much fun, he just kept smiling through.”

A clip was then shown of Tom and his The Wanted bandmates singing on GMB, which was in December 2021.

The clip also saw Tom speak about his health.

Ben said: “You could see he was so full of energy and fun and I think that the band getting back together was very much centred around his illness and his diagnosis.

‘He was so full of energy and fun.’

Ben and @susannareid100 pay tribute to The Wanted’s Tom Parker, who has died aged 33.

Our love and thoughts are with Tom’s family and friends. pic.twitter.com/ttaNZTACmC

“And it was so lovely to have him with them and them all together.”

Susanna went on to say that it was “very notable” how much The Wanted “cared about” Tom behind the scenes.

She said: “They really had that arm around him the whole time he was there. We are so sad about Tom.

“Incredibly cruel what has happened to him.”

It comes after Tom’s wife Kelsey confirmed his death in a heartbreaking statement on Wednesday.

She said: “It is with the heaviest of hearts that we confirm Tom passed away peacefully earlier today with all of his family by his side.

“Our hearts are broken, Tom was the centre of our world and we can’t imagine life without his infectious smile and energetic presence.”

Leave your tributes for Tom on our Facebook page @EntertainmentDailyFix.