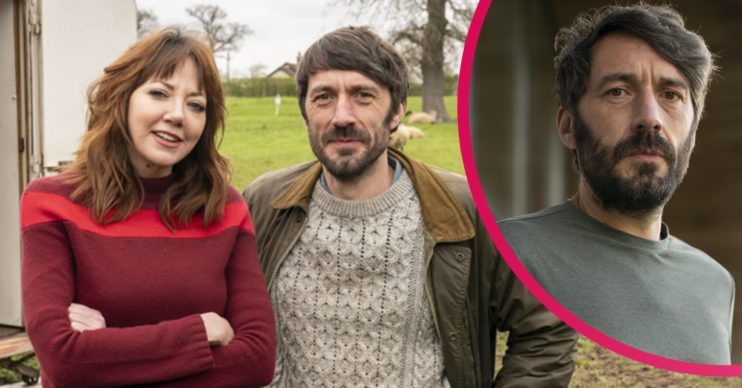 Motherland on BBC Two: Tom Meeten plays Liz’s boyfriend Sam, but what else has he been in?

Motherland continues on BBC Two this week starring Tom Meeten as Liz’s boyfriend Sam, but what’s be been in before?

Is Tom married? And what’s his connection to Great British Bake Off presenter Noel Fielding?

Here’s everything you need to know about the actor who plays farmer Sam in Motherland.

Tom is an actor, writer, producer and comedian.

In 2018, BAFTA nominated him for a BAFTA (Outstanding Debut by a British Writer, Director or Producer) for his producer role on The Ghoul.

The Ghoul was a critically acclaimed British independent film in which Tom played the lead.

He has appeared in many TV comedies and is known for his comedic relationship with Noel Fielding and his brother Michael Fielding.

Tom has also starred in many films and theatre, as well as writing his own comedy.

He has worked with double act partner Steve Oram and created three shows at the Edinburgh Festival.

Writing projects have included sketches for That Mitchell and Webb Look, and 2006’s Blunder on Channel 4 where Tom played The Baron.

First of all, Tom is primarily known for his work as a comedian.

He starred alongside Noel Fielding in The Mighty Boosh as Lance Dior.

Tom has appeared in Motherland, The IT Crowd, Detectorists, Miranda and Skins.

He has also appeared in feature films such as Paddington.

Tom was in Noel Fielding’s Luxury Comedy, where he played cast regular Andy Warhol and other characters including Figo the Fruit Fly, Daran Cache and Big Chief Woolabum Boomalackaway.

He subsequently toured with Noel as part of his show An Evening with Noel Fielding in 2014, playing characters such as Gordon the Triangle and Antonio Banderas.

Finally, he recently starred as Sam in C5’s Intruder, and is currently playing Liz’s farmer boyfriend in Motherland.

Is Tom Meeten married? Does he have a wife?

Tom jokes that he is “a mystery wrapped in an enema”.

Which is probably why he has not spoken publicly about his love life.

He has one son called Tom and a daughter called Maud.

Tom Meeten as Sam in Motherland: How old is he?

He is currently 47 years old.

He studied Fine Arts at Sheffield Hallam University and subsequently graduated in 1996.

What will Tom star in next?

Tom stars as Sonny in the upcoming film Venice at Dawn.

The film is a modern take on the classic British stage farce, a comedy of misunderstandings centred around a relationship break up and a painting called Venice at Dawn.

As a result of his performances in Intruder and Motherland, we think we’ll be seeing him much more often on the TV!