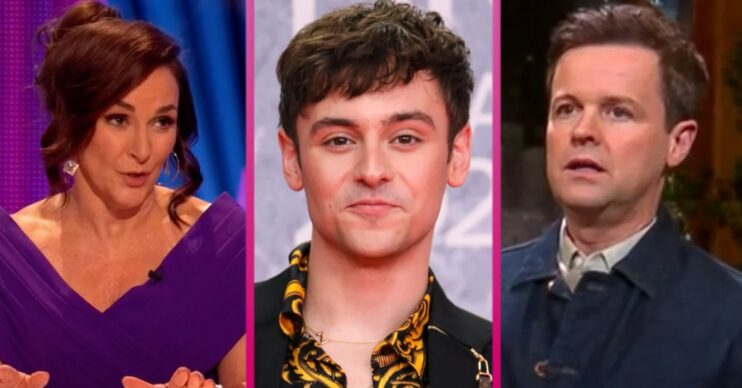 He's the perfect signing for both shows!

Tom Daley is reportedly at the centre of a sign up battle between Strictly Come Dancing and I’m A Celebrity.

The 27-year-old Olympic diver is believed to be a favourite to take part on both the BBC One and ITV shows.

But who will come out on top?

Tom Daley at centre of BBC and ITV ‘battle’

According to the Mail Online, the broadcasters are “racing to secure Tom” for their line-ups.

It’s reported that Tom “ticks all the boxes” when it comes to competing on Strictly.

However, ITV are willing to pay a six-figure sum to get him in the Aussie jungle.

There is a race to secure Tom.

A source told the publication: “There is a race to secure Tom – both broadcasters know he will be loved by viewers.

“Strictly bosses feel sure that he will stay in the competition until very near to the end, if not the final – while ITV feels he would be perfect fit to join other celebrities in the jungle.”

The insider added: “Tom has a broad fanbase but is very popular with the 16 to 24 age bracket, which both the BBC and ITV are keen to keep watching their shows.”

Meanwhile, I’m A Celebrity is set to return to Australia this year.

Rosemary Newell, director of content at ITV, confirmed that the show is planning on making a return Down Under this November.

Sharing the news last month, she said: “We expect I’m A Celebrity to return in Australia in November, when it will generate audience over 11 million.”

Ant and Dec have hosted the show from Wales for the past two years.

ED! has contacted representatives for Tom, ITV and BBC for comment.