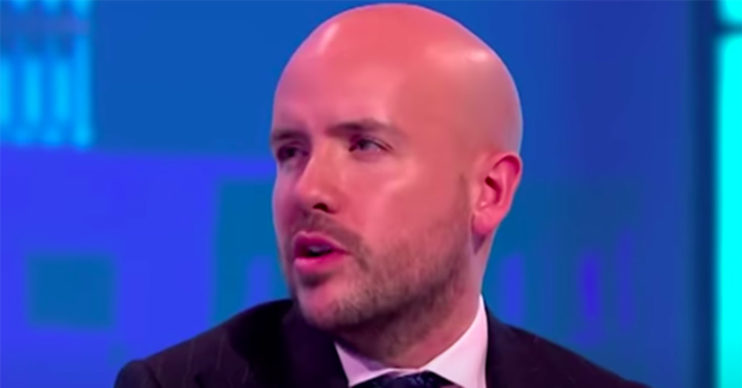 Is Tom Allen from Cooking With The Stars really that posh? Here’s proof he very much isn’t!

Not as posh as he seems!

Tom Allen is the ‘posh’ co-host of the brand new ITV1 show Cooking With The Stars alongside Emma Willis.

This English comedian, 37, is well known for his posh accent and penchant for the finer things in life.

But is he as posh as he sounds? We take a look at this funnyman’s family background and career…

1. Tom Allen is from humble beginnings

Tom may have an excellent vocabulary and upper class accent – but he is not from a posh family.

He grew up in Bromley, South London, to parents that were comfortable but certainly not well off.

Tom attended an all boys school – with the decidedly ‘unposh’ comedian Rob Beckett – but it wasn’t a private one.

Yet his parents weren’t alarmed by his outlandish personality. Instead they embraced it and saw the funny side.

While chatting to Attitude magazine, Tom said his mum would say: “We don’t know where we got him from.”

But he added: “My mum and dad always loved this kind of eccentricity.”

2. He has zero posh connections!

Not only weren’t his parents posh – he didn’t have any wealthy distant relatives or well-to-do ancestors either.

When talking to an Australian music magazine, he admitted: “The truth is I come from a very ordinary background: I don’t have any right to be such a snob or to look my nose down at people, but it comes from a long tradition of A) gay people and B) British people.”

Despite his declared love for elitism, Tom isn’t a social climber. In fact, he said when he was a school boy he didn’t make friends with the rich or posh boys.

Rather he says he was a natural loner. And he only befriended the dinner ladies and his schoolmates’ parents!

The comedian explained to Attitude: “I didn’t want to go and play. I was, like, ‘No, I’m fine. But tell me about the kitchen renovations you’re getting done.'”

A natural eccentric, he enjoyed dressing up in Victorian era clothes from a young age. And idolised Noël Coward.

4. He only just moved out of his parents home!

Tom has only recently moved out of his parents suburban home in Bromley.

While appearing on Lorraine he said: “I’ve moved out, they’ve thrown me out!

“No. I’ve moved out, I’ve got my own place, look how happy they are, that’s them waving me off.”

Elsewhere he said he used to love city life, but now he is quite happy to live in a more quiet setting near to his family.

That is certainly not something a genuine posh person would do! (Okay… maybe Victoria Coren… and Alexander Armstrong…Er!)

Posh folk typically turn their noses up at mainstream television and game shows are definitely beneath their refined tastes.

But Tom was delighted to hosting the show earlier this year and told The Sunday Post he is a huge fan of both the telly and game shows.

He said: “It was a great opportunity to do the things I love best, which are chatting to members of the public and being a little bit strict.

“For me, television is about making people feel less alone. It’s a chance to show people trying their best and just being themselves and having a bit of a laugh along the way.”