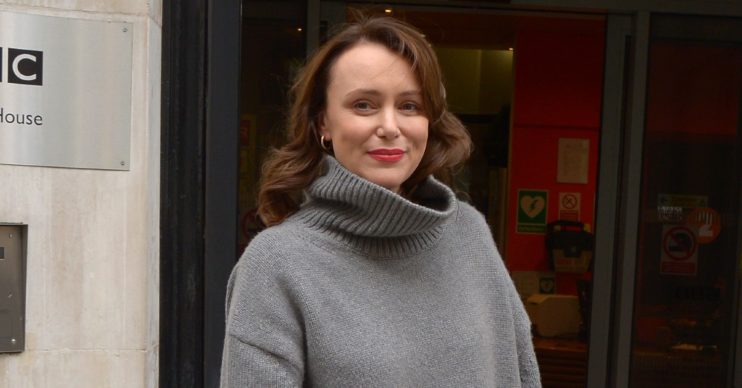 To Olivia starring Keeley Hawes: Is it based on a true story? How can I watch it?

To Olivia stars TV favourites Hugh Bonneville and Keeley Hawes as husband and wife, but is it based on a true story? And how can I watch it?

Here’s everything you need to know about the upcoming film.

What is the film To Olivia about?

First of all, the film joins Roald Dahl and his wife Patricia Neal in 1962.

The eccentric author and Patricia, a glamorous Hollywood actress, have retreated to the English countryside.

The move is due to their ever expanding young family.

Tragically, their lives are turned upside down as a result of the devastating death of their daughter Olivia.

Consequently, the couple struggle through the unimaginable loss.

Their shared grief ultimately becomes a source of redemption and strength which changes their lives forever.

Who stars in To Olivia?

Hugh Bonneville and Keeley Hawes star as the grieving parents Roald and Patricia.

To Olivia features an all British cast including Outlander’s Sam Heughan and Game of Thrones‘ Conleth Hill.

Paddington star Geoffrey Palmer, who died in November, appears as Geoffrey Fisher in his last ever acting role.

How did Olivia Dahl die?

The eldest daughter of Roald and Patricia died in November 1962.

She was just seven years old and contracted the illness while she was at school.

To Olivia is a Sky original and will be available to watch in cinemas and on Sky Cinema.

It will stream from February 2021.

Similarly to The Witches, viewers will have to pay to watch the film when it’s first released.

Is it based on a true story?

To Olivia is based on a true story and stars Hugh Bonneville as author Roald Dahl.

The film charts the relationship between the pair as they overcome the tragic loss of their daughter, Olivia.

Sarah Wright, Director of Sky Cinema and Acquisitions at Sky UK & Ireland, said the upcoming project will uncover “the true story” of Roald and Patricia’s heartache.

She said in a statement: “We are all familiar with the extraordinary Roald Dahl and Oscar-winning actor, Patricia Neal, but in To Olivia, audiences will discover the true story of the heartache and struggles the outwardly glamorous couple experienced prior to their immense success.”

To Olivia will be released in cinemas and on Sky Cinema in February 2021.

Are you looking forward to watching To Olivia? Leave us a comment on our Facebook page @EntertainmentDailyFix.