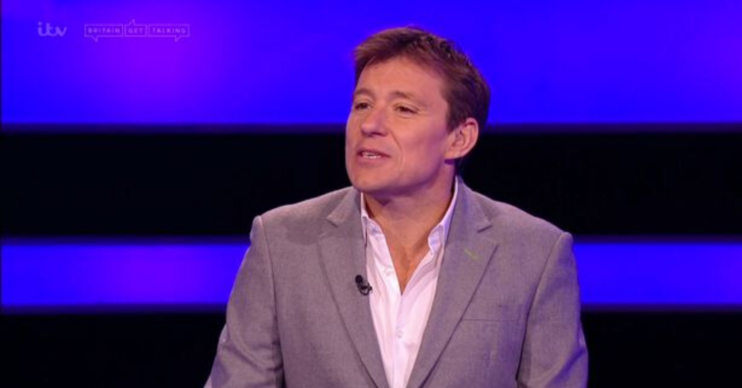 He was trying to be sympathetic but it backfired

Tipping Point viewers were left mortified when Ben Shephard asked a contestant why she’d been engaged for five years.

Long engagements are a fairly common thing these days, but that didn’t stop Ben from leaving every single one of us cringing by bringing it up with poor Katie on last night’s repeat (Friday, May 15).

When chatting in between rounds, Ben asked Katie why she hadn’t made it down the aisle after five years of being engaged to her boyfriend Jason.

“He keeps putting things off”

Seemingly fuming on her behalf, Ben said: “Five years Katie… Isn’t that a long time to be engaged?”

Katie nervously giggled, saying: “It is… He keeps putting things off so…”

Ben then responded: “I can’t believe that!”

Poor Katie then had to defend her relationship once more to Ben, replying: “Yeah, we’ve always got something in the way of it… You know…

“We’ve just recently bought our own house and we’ve just been doing that up so it’s been taking a backseat.”

No jokes about Katie’s fiancée putting off their wedding #tippingpoint pic.twitter.com/S2JVN6Jaij

Ben to Katie’s other half Jason #tippingpoint pic.twitter.com/aY0viz9K4g

But then, one person trumped Katie’s five years, writing: “Ben looked shocked that contestant Katie has been engaged for 5 years.

“I’d love to see his face when he finds out I’ve been engaged for nearly 27 years.”