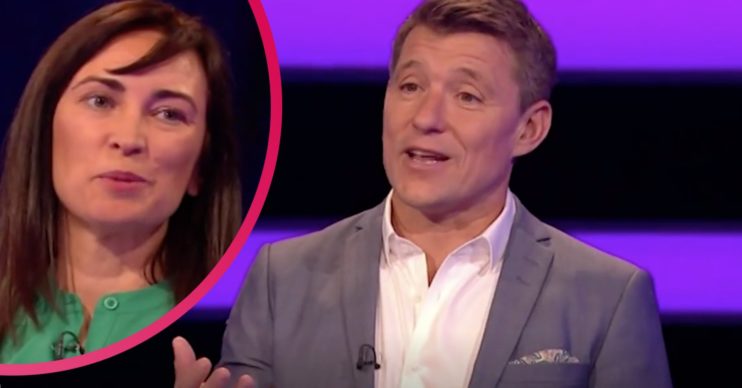 And that’s because Shirley had a very winning smile – even though she didn’t make it anywhere near to the jackpot.

In fact, Shirley didn’t even make it past the early rounds of the series hosted by Ben Shephard. But she certainly left an impression with many of those watching at home yesterday (Monday May 24).

What ITV Tipping Point viewers had to say about Shirley

Social media users were gobsmacked at Shirley’s dazzling grin – and could barely look away from her shining white teeth.

“Shirley’s teeth are everything,” exclaimed one person on Twitter.

A third, possibly trying their luck, posted: “Shirley has fantastic teeth. And she is very polite. And I’m single.”

“Rudy has lovely teeth too! #tippingpoint,” someone else insisted, as if Rudy was being left out from praise.

And another person reckoned Rudy was victorious when it came to teeth, as well as correct answers. They wrote: “Rudy is a fine specimen of a man. He wins the battle of the teeth episode despite his questionable knowledge  #tippingpoint.”

Unfortunately, Shirley was knocked out of the game… and as Ben explained as he bade her farewell, he explained that she only lost by the skin of her teeth.

“Shirley, I’m so sorry. There was only fifty pounds in it,” he commiserated.

And for some viewers, there was little reason to continue watching once Shirley left.

One fan said: “Without Shirley this means nothing. Nothing.”

And another demanded: “Get Shirley back on.”

Someone else, however, rued the quality of the entire game.

“Nice teeth. That’s as exciting as it got #tippingpoint,” they concluded.

Tipping Point airs on ITV on weekdays from 4pm.