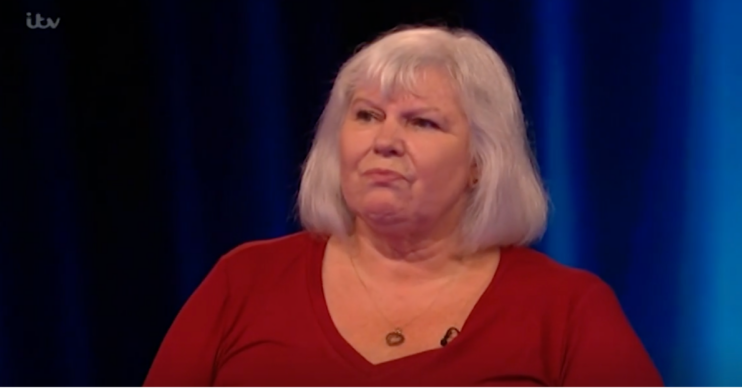 Carol may have wound viewers up, but she emerged victorious

Tipping Point viewers had the same complaint to make over an ITV contestant’s behaviour during last night’s show (Tuesday, June 7).

Carol, who in fact ended up winning the show, managed to really wind some viewers up yesterday afternoon.

Yesterday saw ITV air a repeat of a Tipping Point episode from 2021.

In yesterday’s show, four contestants went up against the machine in the hope of winning a big money prize.

One of the contestants taking part in yesterday’s show was Carol – who hoped to use the potential prize money to go on holiday to the US.

Carol was determined to win the cash prize by any means necessary – something which wound some viewers up.

Many weren’t happy with Carol’s “poor” timing, the fact she kept guessing answers and using different drop zones on the machine.

Plenty of viewers took to Twitter to complain about Carol during the show. Some accused her of winding them up with her behaviour.

“Carol’s timing is winding me right up,” another said.

“This carol on #tippingpoint is burning my head,” a third wrote.

“For [bleep] sake carol!” another exasperated viewer tweeted during the show.

However, Carol’s habits seemed to work though because she managed to walk away from yesterday’s show with £10,000!

At the beginning of the show, Carol revealed to Ben Shephard what was on her bucket list.

Appearing on Tipping Point, growing old disgracefully, and holidaying in Colorado, USA, were all on her bucket list.

Upon winning the £10k, a tearful Carol said: “I’ll get to do number three on my bucket list and that’s go to Colorado.”

Despite some viewers slamming her for her behaviour, others were happy for her to win the show yesterday.

“So pleased for Carol, she seems like a lovely lady,” one viewer said.

“Ah, you can just tell that money meant so much to Carol. A good player and a brilliant final,” another wrote.

Tipping Point airs on weekdays from 4pm on ITV and ITV Hub.