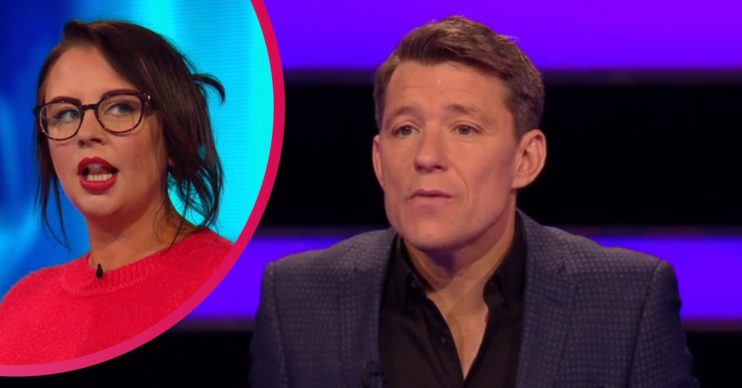 When contestant Esme passed to Chris

Tipping Point and its host Ben Shephard returned to screens for the first episode of the week yesterday and viewers were baffled over an early technical blunder.

As the show got underway on Monday (December 7) afternoon, Ben welcomed four new contestants to the studio – Chris, Esme, Bradley and Pam.

What happened with the prize pots on Tipping Point?

Shortly after Tipping Point started, it showed the contestants with the empty prize pots they all start with.

Esme got the first question right and passed to Chris. However, when it cut back to them, their screens each showed different amounts of money – despite the fact the game had only just started.

The apparent editing blunder surprised viewers on Twitter, some of whom felt it spoiled what was to come, as Chris was the only one with an empty prize pot.

What did Tipping Point viewers say?

On Twitter, one said: “Did anyone spot the glitch with the scores on today’s #TippingPoint? The scores that flashed up at the start of the show were the SAME as the scores at the end of round 1… I had to rewind to make sure I wasn’t seeing things.”

Another said of the blunder: “It’s a huge editing mistake!”

A third tweeted: “All a bit weird on Tipping Point. Ben Shephard saying it’s the first question and then they all have money on their scoreboard then it’s magically disappeared. Yes, it is a quiet Monday. #tippingpoint.”

Someone else said: “Shame, from the first question already know who is out! Looks like it’s cut from just before the first adverts… talk about massive spoiler alerts.”

Probably had to re-record the starting shots for some reason. #tippingpoint

Shame from the first question already know who is out! Looks like it’s cut from just before the first adverts. So skipped it talk about massive spoiler Alerts.

It follows an episode last week that saw viewers criticise a contestant for getting a question wrong – despite help from Tipping Point host Ben.

The presenter did all he could to help Rob, but in the end he still got it wrong.

The question was: “In which mobile app, launched in 2016, can a player evolve into an ‘Evee’ into a ‘Vaporean’?”

Rob went with Angry Birds, despite despite repeatedly mentioning Pokémon and Ben asking him if he would like to change his mind.