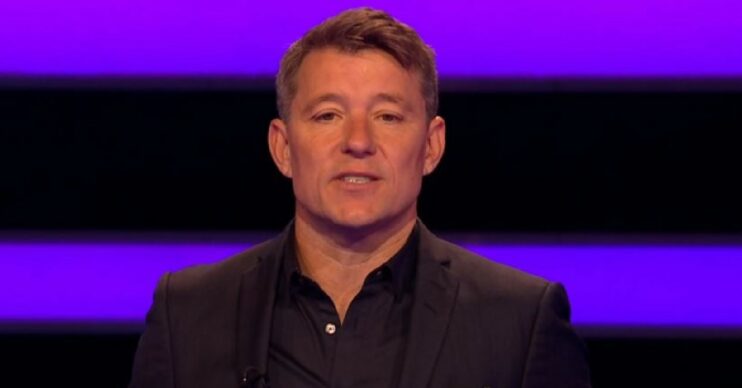 Ben Shephard has taken to Twitter to pay tribute to a Tipping Point contestant who has sadly passed away.

The 47-year-old shared the sad news with his 799.4k followers yesterday afternoon.

Today’s Tipping Point is a poignant one… since recording the show, lovely contestant Cath, pictured backstage here, has passed away. Our thoughts and love are with her family and friends x pic.twitter.com/sWwkAJNCjc

He said contestant Cath passed away after recording the show.

Ben uploaded a picture of himself and three contestants behind the scenes. One of the contestants was a woman called Cath.

“Today’s Tipping Point is a poignant one… since recording the show, lovely contestant Cath, pictured backstage here, has passed away,” Ben tweeted.

“Our thoughts and love are with her family and friends,” he added.

Plenty of Ben’s followers took to the replies of his tweet to also pay tribute to Tipping Point contestant Cath.

“Awww, so sad, I was just literally watched it earlier this evening the episode. My deepest sympathy and condolences to the bereaved family, may her soul rest in peace,” one of his followers wrote.

“That’s a really really nice message for you to tweet. So thoughtful,” another said.

A third tweeted saying: “So sad to hear that Ben love the show and I remember her. So kind of you to remember her. Condolences to her family.”

“Very caring Ben. Sorry to hear the sad news and my thoughts go out to her family sad very sad,” another tweeted.

“Aww so very sad… thoughts for her family,” a fifth said.

Ben’s heartbreaking tribute comes not soon after the format of the show was shaken up.

A new series of the hit ITV show began airing a couple of weeks ago – but fans noticed something different about it.

Normally, Ben is joined by four hopeful contestants. However, when Ben introduced viewers in the series premiere, viewers noticed there were only three contestants there now.

Ben explained why there were fewer contestants at the beginning of the show.

Some viewers were unhappy with the change in format.

“#TippingPoint only has 3 contestants! This is weird,” one viewer tweeted at the time.

“Watched 2 minutes and switched off, it’s like a different show,” another wrote.

Tipping Point airs on weekdays from 4pm on ITV and ITV Hub.