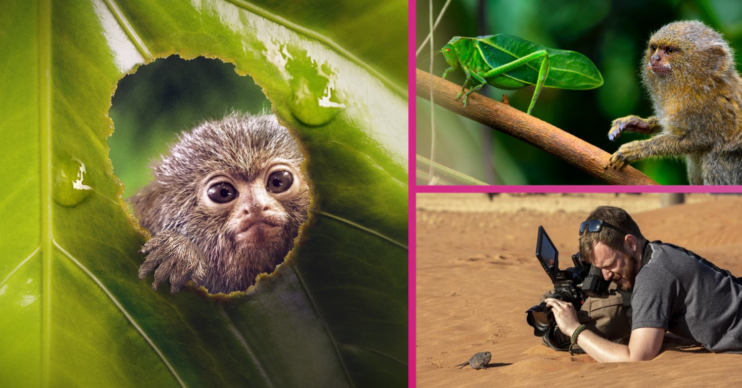 Tiny World on Apple TV: What’s it about and where can you watch it?

Everything you need to know about the new docuseries.

The Paul Rudd-narrated documentary series follows the lives of extremely small animals in the wild.

The smallest creature filmed by the crew was the acorn ant – at just 1mm wide, a whole colony of them can live inside one tiny acorn!

Other animals to feature in the show include tiny amphibians, insects, fish and primates so small they could fit into the palm of your hand.

The first series premiered on Apple TV+ in late 2020 and the second series, which our Goggleboxers watch, premiered in April 2021.

Each series has six episodes and is set in a range of everyday places. The new series follows tiny animals in the savannah, jungle, woodland and garden, among others.

According the filmmakers of Tiny World, they use cutting edge technology to capture scenes between our world’s tiny creatures.

However, some people have wondered whether the scenes are real or staged – or even CGI.

A behind-the-scenes video posted by Apple TV+ shows a camera crew using a range of special lenses and cameras to capture the stunning footage.

Filming of the series is said to have taken 3611 days – which is almost ten years!

According to Radio Times, the Tiny World Team captured over 200 species and filmed over 3160 hours of footage – 140 hours of which was done on a drone.

Creator Tom Hugh-Jones said that the team used microscopic cameras to make the animals seem bigger than they actually are.

The team also worked with racing drone pilots, who flew tiny drones through the bushes to capture some of the series’ incredible footage.

How to watch Tiny World?

Tiny World is available exclusively on Apple TV+, which is a subscription service from Apple.

The service features a range of on-demand TV series and films, exclusive to the service.

The service is free for the first seven days and then costs £4.99 after.

However, those who have recently bought an Apple product can get their first three months for free.