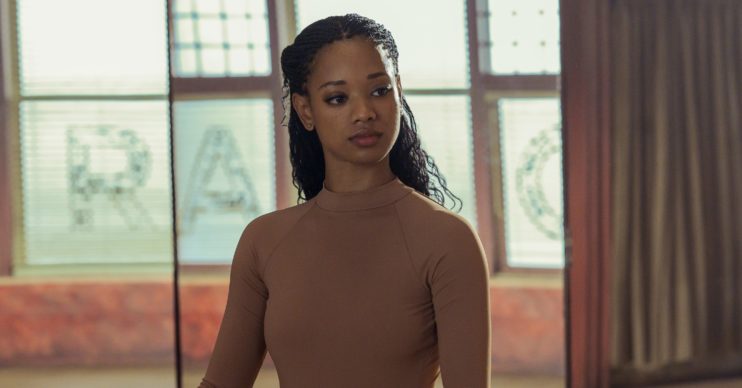 Tiny Pretty Things on Netflix: Is it based on a book? Who’s in the cast?

And who’s in the cast?

Season one is described as “steamy” and “suspenseful” by the service provider.

What is Tiny Pretty Things about?

The first season follows three ballet dancers who will do anything to be the prima ballerina at their elite ballet school.

We’re shown that being a dancer at a top ballet school is tough.

The young adults live far from their homes, and stand on the verge of greatness or ruin.

Despite being from very different backgrounds, they all share a rare talent and passion for dance.

There’s the free-spirited new girl Neveah who just wants to dance, who shakes things up from the moment she arrives.

Meanwhile, perfectionist June needs to land a lead role this year or her controlling mother will put an end to her dancing dreams.

Is Tiny Pretty Things based on a book?

Tiny Pretty Things is based on the book by Sona Charaipotra and Dhonielle Clayton.

The 2015 book is described as a soapy, drama-packed novel.

It features diverse characters who will do anything to be the prima at their elite ballet school.

A second series looks very likely, given the growing success of the first.

And we know there’s a second book just waiting to be adapted!

Who’s in the cast of Tiny Pretty Things?

The cast comprises of young dancers, many of whom are in their first starring role.

Newcomer Kylie Jefferson stars as Neveah, the new girl at the Archer School of Ballet.

Her arrival is shrouded in controversy as she replaces Cassie, the star dancer who fell or, more likely, was pushed off the top of the four-storey building.

Casimere Jollette is Bette, the younger sister of one of the ASB’s most talented alums.

Daniela Norman plays June, whose mum is going to pull her out of the ASB if she doesn’t get the lead role.

What are the critics saying?

The critics have been impressed so far.

The Guardian call the show “a cross between a girls’ magazine yarn and the hit 80s film – with a dark, contemporary edge”.

But Why Tho says: “There is nothing tame about Tiny Pretty Things, and while it’s sure to not be everyone’s cup of tea, if you’re into the genre of messy teen drama then this is one you can’t miss.

“The mess, the intrigue, all of it exists to keep you hooked, and honestly, I can’t wait to see a season two if the series is renewed.”

How can I watch Tiny Pretty Things?

The first season of Tiny Pretty Things is currently streaming on Netflix.

There are 10 episodes to binge watch straight away.

Tiny Pretty Things season one is currently available to stream on Netflix.

Is Tiny Pretty Things something you’re keen to watch? Leave us a comment on our Facebook page @EntertainmentDailyFix.