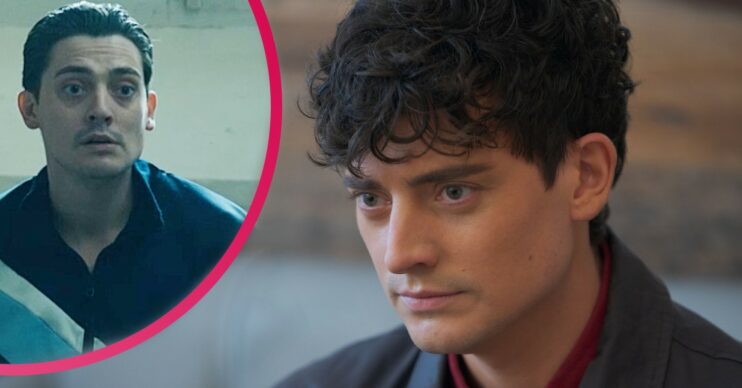 It was a small role but Aneurin made a big impression

Aneurin Barnard appeared in Time on BBC One last night, and he immediately received high praise for his role as deeply troubled inmate Bernard.

The Welsh actor, 34, has been a fixture on our screens – both in TV and film – over the years.

But where have you seen him before the BBC prison drama and what’s he in next?

Who did Aneurin Barnard play in Time?

After their first night together, Bernard took off his top to reveal a shocking patchwork of self-harming scars.

When he took a razor to inflict more wounds, Cobden called for the guards.

After a stint in the infirmary, Bernard returned to the cell but tragedy awaited.

He took an overdose of his meds to kill himself… all in front of Cobden.

What did viewers say about Aneurin’s performance?

After seeing tragic Bernard, viewers soon took to Twitter to praise the actor for his stunning performance.

Aneurin Bernard absolutely chewing the scenery to smithereens in that small role!

“A great actor, who doesn’t always seem to get the credit he deserves. @aneurinBarnard.”

Aneurin himself responded and thanked fans for their kind words.

He said: “Thank you all for your lovely comments regarding #Time it was a wonderful drama to be a part of!

“Thanks for your kindness and taking the time to watch it!”

What have you seen Aneurin in before?

It was only last week that Aneurin appeared on our screens in another BBC crime drama, The Pact.

He played dodgy Jack, who was murdered in the first episode.

This fact didn’t escape viewers, with one saying on Twitter last night: “Aneurin Barnard is too good an actor to keep dying in the first episode of a series #Time #ThePact.”

However, Aneurin has appeared in plenty of other hits.

On television, you may recognise him from shows like War & Peace, SS-GB, Midsomer Murders and Cilla.

On the big screen he’s appeared in the likes of Hunky Dory, Mary Queen of Scots and Dunkirk.

What’s he in next?

It tells the story of 19th-century immigrants travelling by ship from the old world to the new.

However, when they encounter another migrant ship, things start to go badly wrong.

Other stars include Pursuit of Love’s Emily Beecham, and it will air on Netflix in 2022.