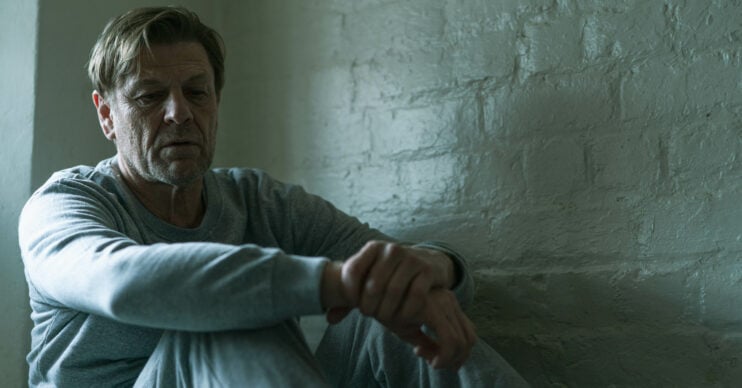 She's only 15 years older than Sean

Time on BBC One wowed viewers with its hard-hitting portrayal of life behind bars, but they all came away thinking the same thing about cast members Sean Bean and Sue Johnston.

They think the age difference between Sean’s character Mark Cobden and his mother June (Sue) in the BBC prison drama was unbelievable.

In fact, some viewers thought that June should have been his wife!

What was Time with Sean Bean all about?

Viewers watched as he started his four-year prison sentence for killing a man while drunk at the wheel.

And, in a terrifying series of events, Mark had to get used to prison life – the shouting, the violence and a deeply troubled cellmate.

However, it was when he met his mum June (played by the fab Sue Johnston) that viewers’ tongues started to wag.

They couldn’t believe the age difference between Sean and 77-year-old Sue.

There’s only 15 years between the two.

How did viewers react to the age difference?

A third commented: “#SueJohnston is only 15 years older than #SeanBean – she’s playing his mum in #Time.”

With Sean appearing alongside the likes of Stephen Graham and Siobhan Finneran in the drama, viewers gave it rave reviews.

They praised Sean and Stephen’s performances and said that it was fantastic but grim viewing.

Read more: Sean Bean is back on TV in Time – here are 10 facts you will not know about him

However, one viewer lamented the loss of cosy, Sunday-night drama like Call The Midwife.

“I think I want #callthemidwife back,” one viewer wrote on Twitter “#Time is a lot grim.”