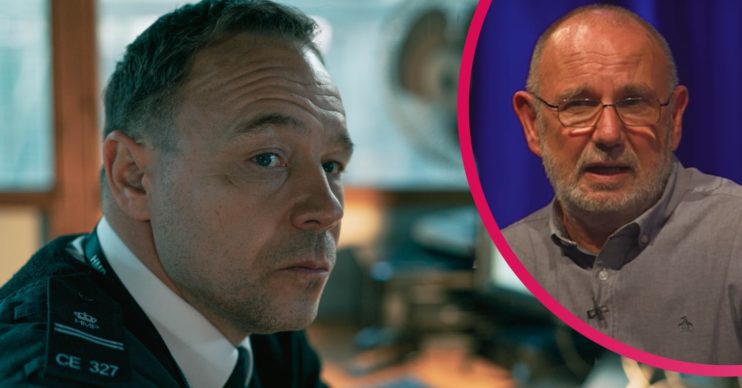 Time on BBC One: Other must-see dramas from Jimmy McGovern from Brookside to Cracker

New BBC One drama Time is as gritty as they come – but what other must-see Jimmy McGovern dramas are there?

The Liverpool-born writer, 71, is best known for his hard-hitting dramas that pack an emotional punch…

And Time is certainly no exception.

Here’s a rundown of the top Jimmy McGovern dramas.

Read more: Sean Bean is back on TV in Time – here are 10 facts you will not know about him

He tackled many social issues in the course of the series, especially unemployment – which was at a post-war high at the time.

Jimmy went on to write one episode of Coronation Street on ITV1 in 1990.

The feature-length drama was based on the real-life events of the stadium disaster in 1989.

The catastrophe claimed the lives of 96 Liverpool fans at an FA Cup semi-final.

In 2013, Christopher said it was the most important work he’d ever done.

Jimmy created the classic series The Lakes in 1997.

Charles Dale and Kevin Doyle also appeared in the series, which followed the residents of a small town in the Lake District.

John Simm starred as Liverpudlian Danny Kavanagh – a gambler and womaniser – who arrived in the Lake District to find work.

He starts work at a hotel and falls in love with a local girl named Emma.

Yet Danny remains an outsider in the close-knit community, and ultimately finds himself involved in a tragedy – the drowning of three schoolgirls.

The series went on to get a second series, but many viewers wanted more.

Despite being anti-social and borderline obnoxious, he provided invaluable insight as a consultant for the Manchester Police.

The chain-smoking character appeared in three series, and remains one of TV’s most beloved crime solvers.

A one-off series of dramas, each focusing on a different house within the same street.

Again created and written by Jimmy McGovern, the plot dealt with subject matters close to the bone.

And actors don’t come much better than that.

Jimmy created this series of individual episodes, all linked to a crime.

Frankly, if we listed all of the fantastic cast, we’d be here all day.

Sean Bean and Stephen Graham, who are currently starring opposite each other in Time, appeared together in Tracie’s Story in 2012.

But this time, his transvestite alter-ego is involved in a love triangle that leads to a terrible crime of passion.

Sean Bean starred in this six-part drama written and created by Jimmy McGovern.

He portrayed Father Michael, a Catholic priest presiding over a Northern urban parish.

Far from the archetypal image of a priest, Michael is modern, maverick, and reassuringly flawed.

This series of daytime plays share the theme of someone going through some kind of change in their life.

The series is ongoing and last aired in 2021.

Anyone who is anyone has appeared in one of these moving dramas.

Three-parter Time is currently airing on BBC One, and available to watch on iPlayer.

Sean stars as a teacher called Mark, who accidentally kills a man while dangerous driving.

Overwhelmed by guilt, he is sentenced to four years in jail, where he is violently introduced to prison life.

Mark’s weakness is soon spotted by a dangerous inmate who begins to make his life hell.

Stephen Graham stars as prison warden Eric McNally, who has problems of his own.

His son is also in jail and apparently in grave danger.