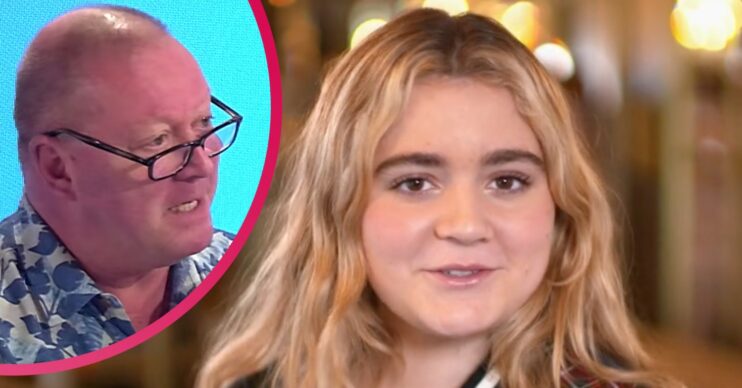 860 complaints were made to watchdog

In an update to the ‘body-shaming’ of Tilly Ramsay, radio presenter Steve Allen has been cleared by Ofcom.

The LBC presenter came under fire after he mocked the Strictly Come Dancing star as a “chubby little thing” on air.

She went on to slam him on social media, generating a backlash online and 860 complaints to the watchdog.

What did Tilly Ramsay say about comments from Steve Allen?

Tilly shared a clip of Steve’s October comments, which included a reference to her TV chef dad Gordon Ramsay.

Saying he was “bored” of her on Strictly, Steve added: “She’s a chubby little thing, isn’t she? Have you noticed? Probably her dad’s cooking I should imagine.”

However, Tilly, then 19, hit back: “I try not to read and listen to comments and negativity. However recently being called out on a national radio station by a 67-year-old man is a step too far.

“Steve please feel free voice your opinions. However I draw the line at commenting on my appearance. It’s such a shame that someone is trying to make such a positive experience negative.”

I draw the line at commenting on my appearance.

Her lengthy Instagram statement contained a plea to “#BeKind”.

Fellow Strictly stars and media figures such as Dr Alex George and Gemma Collins spoke out about their horror about the jibe.

And according to the Daily Star, Steve later apologised privately to Tilly, who was partnered with Nikita Kuzmin on Strictly.

How has Ofcom responded?

Ofcom looked into the complaints but has no plans to formally investigate whether Steve breached standards.

That’s because his remarks were brief and regular listeners know he has a reputation of being “provocative”.

A spokesperson said: “We have provided guidance to LBC to take greater care in future.

“Given societal concerns about body image pressures on young people, the presenter’s criticism of a young woman’s appearance could have led to an adverse effect on wellbeing and mental health.

“But given the brevity of the comments and the likely audience’s expectations of this provocative presenter and programme, we will not be pursuing further.”

ED! has contacted a representative for Tilly for comment.

Tilly and Nikita left Strictly at the end of November after losing a memorable dance-off during which Nikita removed his shirt.