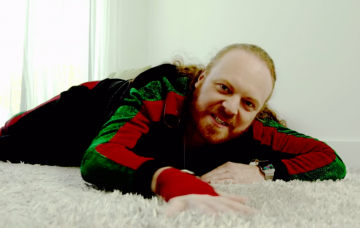 ITV has decided to move on

ITV has axed Keith Lemon’s Through The Keyhole after six series, according to reports.

The long-running gameshow – which was rebooted after a five-year absence in 2013 – featured a panel of celebrities who had to guess which house Keith was snooping around in.

But now the famous catchphrase ‘who lives in a house like this’ looks set to be banished for good after the channel decided to move on.

A source told the Daily Star, who said: “Since last year’s series, there have been discussions over the future of Through The Keyhole and now it’s been decided to ditch it.

ITV are keen to focus on other ideas. The Masked Singer has proved new formats can work.

“The show lasted for a while – almost seven years. But ITV are keen to focus on other ideas. The Masked Singer has proved new formats can work.”

The show first began on ITV in 1983, with Sir David Frost and Lloyd Grossman as host and snooper respectively.

It then moved to Sky for a year in 1996, and then transferred over to BBC One 1997, where it was first aired during the channel’s daytime schedules and was then promoted to a primetime slot.

When ITV snapped up the show in 2013 and announced that Keith would host, Sir David – who died later that year – said: “I am delighted that the Keyhole format is now entering its fourth decade on TV.

“I know the pilot show went down very well with the studio audience and I wish Keith and his team the very best of luck for the series.

Read more: Paddy McGuinness warns Take Me Out contestant not to ‘disrespect’ Peter Andre in sneak peek at new series

Through The Keyhole isn’t the only big-name ITV show that has received the axe in recent weeks.

The Paddy McGuinness-fronted dating show, Take Me Out, also received the axe after 11 years.

An ITV spokesperson told The Sun: “We’ve decided to say goodbye to Take Me Out.”

Meanwhile, a source said: “ITV and Paddy have done all the specials you can eke out of a dating show, so it’s been decided it’s time for it to go.

“As with many shows, ratings have slid a bit in recent years.

“But it will go down as a big success — it’s had more weddings than Blind Date.”