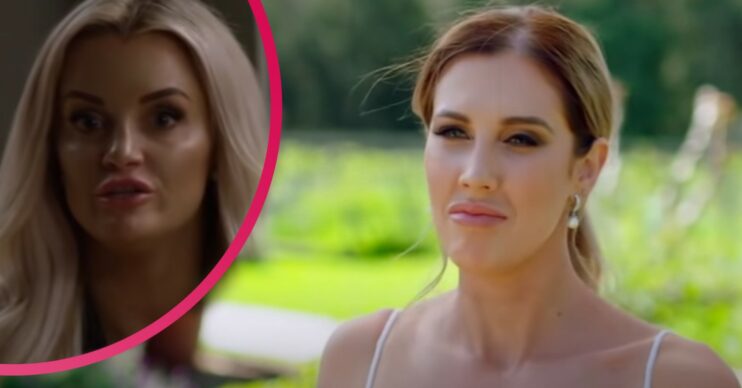 The series began airing in the UK last night

Fans of Married at First Sight UK were gutted when the show ended recently, but now there’s a brand new series to get their teeth into.

It seems it could be even more explosive that the UK version and here’s some moments from last night which prove just that.

Within the first part of the episode, things began to get heated between Samantha and Coco as the brides all met each other.

They were discussing past relationships and Samantha revealed she would like to have an older man.

She explained that her ex-husband was  “15 years older” when they met.

Coco then aske Samantha: “How old were you when you got married?” to which Samantha replied: “I was 17 and he was 33.”

Meanwhile, Samantha told one of the other girls shortly after: “I feel like she might steal our husbands.”

Samantha later confronted Coco after she called the area a “safe place”.

She said: “Coco, don’t sit there and say this is a safe place.

“I watched you laugh and say, ‘Can I get a check on that’, when I shared with everyone here my partner that was older than me. I don’t respect that.”

Coco then insisted she was sorry and she wasn’t “judging” Samantha on her past relationship.

Meanwhile, another moment which was completely savage was bride Rebecca’s reaction to groom Jake.

As she walked down the aisle and came face-to-face with her groom, Rebecca didn’t look impressed.

And it wasn’t long before she made it very clear she wasn’t happy with the experts’ choice.

Rebecca made comments about Jake’s appearance, including his teeth, his tie and his bitten nails.

Speaking to the camera, Rebecca said: “Err…first impressions are not really what I expected.

“I thought I’d see an amazing smile but I got more of a ‘Ooh, she’s hot’ kind of face, which put me off a little bit.”

She then read out her vows to Jake, and he looked a little taken aback.

In her vows, Rebecca said: “I expect your honesty when I don’t want to hear it.

“And your kindess even when I’m mad. And your patience because you’re definitely going to need it.”

MAFS Australia: Is Coco too much?

The final moment from last night, which shows this series is going to be explosive, was a preview towards the end of the episode.

It showed a sneek peak for tonight’s ep (October 5) in which Coco meets her groom Sam for the first time.

In the car on the way, she says: “Hey, I’m coco just like a chocolate milkshake only crunchy.”

Read more: Married At First Sight UK: Are Tayah and Adam having a baby? Are they even still together?

As she sees Sam, Coco says: “Honey, your shoes! Damn.”

Coco is then seen shouting and getting very excited as her groom says: “Oh God.”