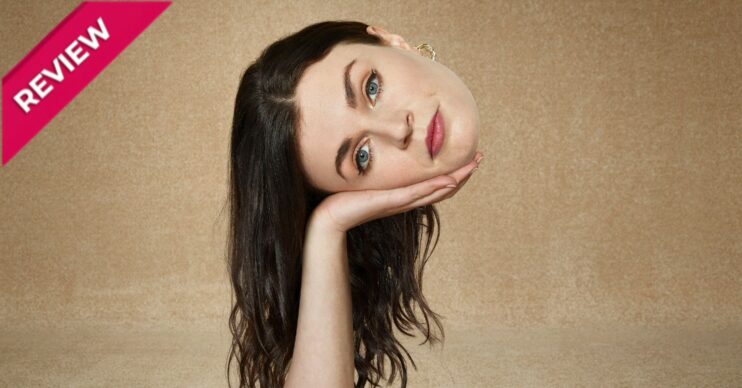 This Way Up review: Why you must watch this Aisling Bea comedy

The comedian returns for series two of the BAFTA-winning show

This Way Up returns to Channel 4 this week, and it’s the perfect tonic for our times – here’s our review of the comedy series, which first came along in 2019.

But we think you should put all unfair comparisons to the side, and accept this comedy series for what it is – sometimes sweet, sometimes sad, and often funny.

This Way Up – what is it about?

This Way Up series one aired in 2019, and returns this week for a second run.

Blame the pandemic for the wait!

Stand-up comedian Aisling Bea created and wrote the series, in which she stars as the charming and funny Aine.

She’s an English-as-a-foreign language (TEFL) teacher trying to pull her life back together after a “teeny little nervous breakdown”.

Her sister Shona, played by Catastrophe’s Sharon Horgan, worries about her younger sibling as well as her own life choices.

The TEFL school where Aine teaches brings together a room full of characters who are trying to find their own hope, direction and happiness in this messy world.

And the results are often heartwarming and heartbreaking in equal measure.

This poignant, pin-sharp comedy shows the journey to happiness is harder for some than others.

Aisling Bea tackles everything from mental health to love and sibling relationships in this deft comedy on recovery.

This Way Up review: Who stars in it?

Who wouldn’t want to tune into a series starring Aisling Bea – a favourite on Have I Got News for You? – and Sharon Horgan.

Together, they are some of the best female comedic writers in the UK right now.

And their characters feel so REAL in this.

Read more: The Offenders on BBC One: Who’s in the Stephen Merchant comedy and when’s it on?

This Way Up review: Is it any good?

As a result of Fleabag’s huge success in 2016, it feels like every other comedy written and starring a woman is help up as a comparison.

We LOVED Fleabag obviously, but this is different and should be treated as such.

It’s more of a sadcom like Flowers, After Life and the recent Sharon Horgan film Together.

You’re as likely to feel melancholy as you are to laugh.

But that’s what we love about it.

Like most of us in real life, Aine is searching for happiness and fulfilment – but gets send curveballs from every direction.

Aine is damaged, lonely and self-medicates with wine.

Therein lies the success of the show.

When she was promoting the first series, Aisling Bea said: “The show is technically a comedy about loneliness, but that’s kind of a hard-sell.”

Talking about series two, she adds: “The themes of loneliness and vulnerability seemed to connect in a far more widespread way than I had anticipated, and it feels particularly relevant writing series two during the last few months.

“I was so touched by the people from different countries, ages, genders and backgrounds who have gotten in touch to share their stories since the show has aired.

“I hope you love seeing where Aine and Shona have moved on to.”

It’s very hard to write about mental health issues with humour, but Aisling Bea has nailed it in This Way Up.

The timing is spot on and the (often filthy) jokes work.

We predict you’ll want to binge it.

This Way Up series one – what did critics say?

The first series picked up great reviews, and a BAFTA award for Breakthrough Talent for Bea.

Rotten tomatoes gives the series a very favourable 92 per cent.

Harper’s Bazaar said: “The series is, above all, a meditation on loneliness in its many forms and, with its potent blend of humour and heartbreak, it succeeds in bringing us closer together.”

The Irish Independent wrote: “It’s a tribute to both the characterisation and script that the unflinching humour in a series built around fragile mental health never strays too close to either the exploitative or maudlin.”

The Guardian added: “This Way Up also had me doubled up with laughter, not just nodding along with the darker moments.”

How can you watch This Way Up series one and two?

This Way Up series one is a concise six episodes, each 24 minutes long.

All six episodes are currently available to watch on All 4.

It will air every Wednesday for six weeks, and be available to watch on All 4 immediately afterwards.

The whole series is available on All 4 from tonight.

This Way Up review: series two episode one

Series two picks up where series one left off – with Aine embarking on a relationship with awkward widower Richard.

Meanwhile, Shona is moving to a big house in the country with her husband-to-be Vish.

However, she’s feeling conflicted after her kiss with business partner Charlotte.

In episode one, viewers see Aine’s excitement mount as she prepares for a big date with Richard.

Are you a fan of This Way Up? Leave us a comment on our Facebook page @EntertainmentDailyFix.