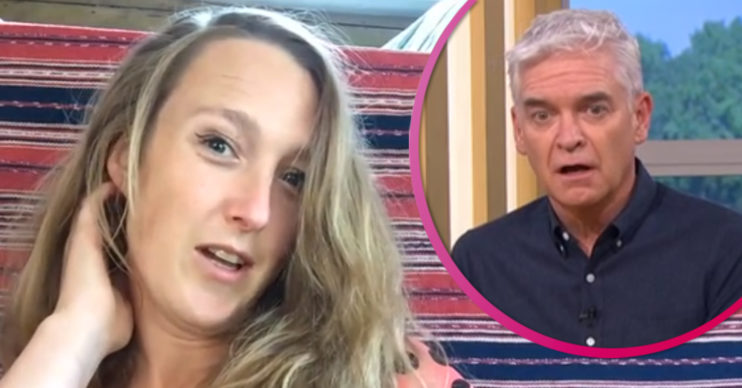 This Morning: Woman dumped ghost lover after he ‘started doing drugs and partying’

This Morning viewers were left gobsmacked as a woman revealed she’s dumped her ghost lover after he mixed with a “bad crowd”.

Medium Amethyst Realm, who has appeared on the show several times in the past, explained her spirit partner Ray “completely changed” during a holiday to Thailand.

She even revealed her fiancé “started doing drugs” and “partying a bit much” while bringing unknown spirits home.

What did Amethyst say on This Morning?

Amethyst said: “We’ve called the wedding off. It was going really well until we went on holiday last May.

“He just completely changed. I think maybe he fell in with a bad crowd. He just started becoming really inconsiderate, he would disappear for long periods of time.

“When he did come back, he’d bring other spirits back to the house and they would stay around for days.”

She continued: “I think maybe he started doing drugs and partying a bit much.

When asked how she brought up the subject of breaking up with Ray, Amethyst said: “I gave him one chance after another.

“But he just didn’t change. Eventually, I ended up putting black tourmaline around the house which keeps spirits away.

“I did a sage cleansing… I just had to get rid of him.”

When asked if she misses Ray, Amethyst admitted: “Of course. [My sister] is sad. Ray’s family I’ve had a little bit of contact with and they’re sad about how he’s behaving more than anything.”

As host Phillip Schofield went on to ask another question, Amethyst’s link cut out.

He claimed: “That’s Ray!” to which Holly Willoughby said: “Don’t you think it’s a bit spooky that we’ve lost the line?”

An item then dropped in the studio leaving the pair spooked.

However, fear not, it was actually Alison Hammond dropping an ornament!

Amethyst then returned after managing to sort out her connection.

When asked if she’s been “put off” spirit relationships, Amethyst said: “Not put off them.

“I’m sure eventually I’ll be ready for another one.”

She also claimed ghosts can become ill during the coronavirus pandemic and have to socially distance.

Many viewers asked how Holly and Phil kept a straight face.

What the hell am I watching? How is anyone keeping a straight face listening to this woman talking about her ghost lover falling in with a bad crowed and doing drink and drugs? #ThisMorning

This is comedy gold. Woman called off her wedding with a ghost because he fell in with the wrong crowd. How @Schofe and @hollywills are keeping a straight face! #thismorning

However, others expressed their concern for Amethyst.

Oh dear the poor woman on #ThisMorning who was going to marry a Ghost, I think she needs some care and help, never mind being on the TV 😕

What did you think about Amethyst’s interview? Leave us a comment on our Facebook page @EntertainmentDailyFix and let us know.