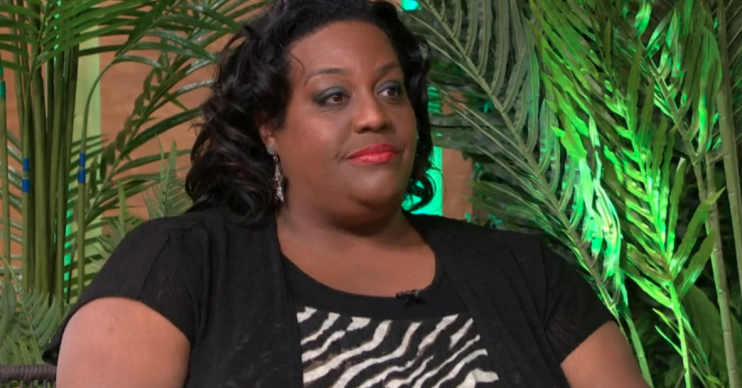 Presenter urged to say sorry for on air slip up

TV presenter Alison Hammond has come under fire from This Morning viewers following an accidental slip of the tongue earlier today.

The programme’s showbiz correspondent, 44, was quickly corrected by host Ruth Langsford after she twice misgendered I’m A Celebrity star Caitlyn Jenner as ‘he’ during a segment previewing tonight’s episode of the ITV reality series.

“He keeps coming up with these Geordie sayings every time Ant and Dec come into the jungle,” she continued.

“So he’s officially a Geordie.”

Noticing the mistake immediately, Ruth jumped in: “She is very funny.

Come on Alison, apologise on air.

But viewers still noticed the error – and commented about it on social media.

“Oops. Ruth having to correct Alison when she referred to Caitlin Jenner as ‘he’ 🤦‍♀️,” one person tweeted about the blunder.

And a third facepalmed: “Alison Hammond totally just said ‘He’ twice when talking about Caitlyn Jenner on @thismorning 🤦🏻‍♀️🤦🏻‍♀️.”

Other viewers congratulated Ruth on her intervention.

“Good save Ruth as Alison kept referring to Caitlyn Jenner as ‘he’,” noted one.

And while some people thought Alison should acknowledge the pronoun fail and say sorry, others felt it was clearly a genuine mistake.

“Come on Alison, apologise on air. Not on,” one person insisted.

Another reflected: “Not sure why people can’t accept this as a simple slip-up, as if they’ve never made a mistake in the past. Clearly, Alison wasn’t being malicious here and, as such, will apologise in due course, I’m sure.”

@thismorning bit vile that a grown woman is having difficulties referring to someone with their correct pronouns. imagine allowing one of your presenters to misgender someone twice 🤮 @AlisonHammond pic.twitter.com/ZPt0iGhjlj

And a third seethed: “Omg I’m sure Alison feels bad enough. So many perfect people offended by a simple mistake. 🙄 Get a life.”

Alison also revealed the first departure of a campmate from this year’s series will happen tonight.

She begged viewers to vote to save Caitlyn following the shock of big name campmate Noel Edmonds being the first to go last year.

Alison said: “Last year the surprise was Noel. No one thought he would leave. If you don’t vote for your favourite you could lose Caitlyn.”

ED has approached a representative for This Morning for comment.