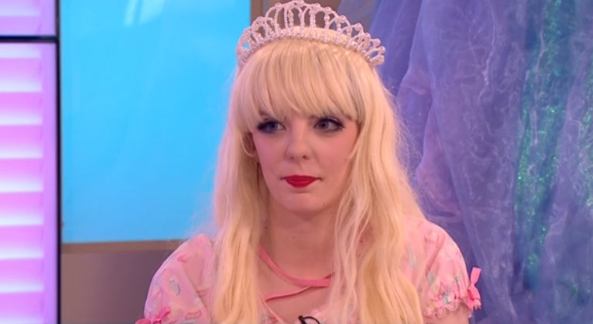 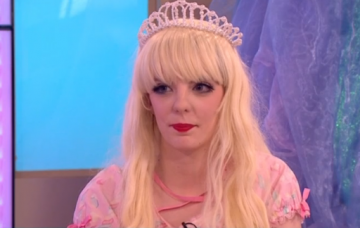 She had a tragic reason

Ruth and Eamonn had yet another unusual guest on today’s edition of This Morning.

In a week that’s also seen them take on a pole dancing father-and-daughter duo, today they had 21-year-old Jade Smith in the studio.

Jade suffers from fibromyalgia, a long-term condition that can cause pain across the entire body.

And as an escape from the daily pain, Jade dresses like a living porcelain doll – with a wardrobe of clothes and shoes worth a small fortune.

She described it as: “Pretty much like arthritis, but it also causes fatigue, insomnia and migraines. I’ve had it since I was five years old.”

Eamonn then asked: “Your escape from fibromyalgia is dressing as a doll, when did this start?”

Jade replied that she first started when she was 11 after visiting a cosplay convention.

Read more: Phillip Schofield returns to This Morning – and let’s slip a secret!

She added that she dressed as a doll almost every day when she wasn’t working.

She said: “It helps me feel happy and distracts me from feeling in pain all the time.”

“People are smiling at me and it makes them feel happy. It’s a really good relief because there is no cure for fibromyalgia.

“My only hope is they find a cure eventually.

“It can take me from four to six hours to get dressed because of the make-up, and even tying bows or doing up buttons is painful.”

Referring to Jade’s enormous wardrobe of doll-like clothes and shoes, much of which she’d brought with her, Ruth asked how much she had spent on her hobby.

Jade lives with her parents, and told Ruth that her family were supportive of her – but they wished she’d get a smaller wardrobe!

This Morning viewers took to Twitter to share their admiration for Jade finding a way of coping with her ever-present pain.

One said: “If it helps her with her chronic pain who are we to judge? She’s not doing anyone any harm. Good on her I say.”

Another wrote: “My mum has fibromyalgia. She struggles on a daily basis. So pleased that Jade has found a way to help her cope with hers.”

Talking about the reaction she gets when out and about, Jade said: “People take photos, they say nice comments. Some shout mean comments but I get used to it.”