They stood in for Eamonn Holmes and Ruth Langsford, who have been presenting all week while regulars Phillip Schofield and Holly Willoughby enjoy a break. 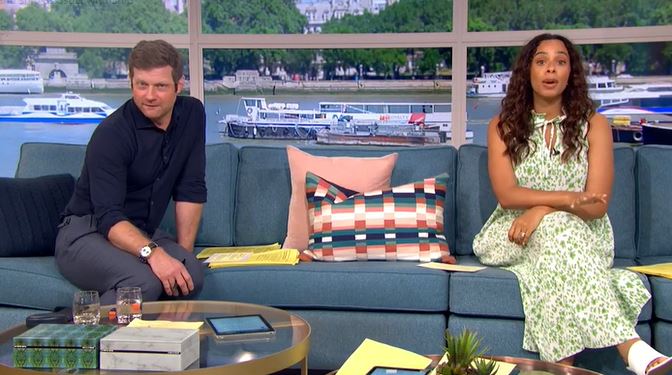 What did This Morning viewers think of Dermot O'Leary?

On Twitter, there was little agreement over Dermot as a presenter on the popular ITV programme.

While pregnant Rochelle is normally a hit with fans of the daytime TV show, it seems some thought Dermot should "stick to his day job" outside of This Morning.

Some claimed they had had enough after watching for just 15 minutes, while some thought the presenting duo were set to 'sink' from the get-go. 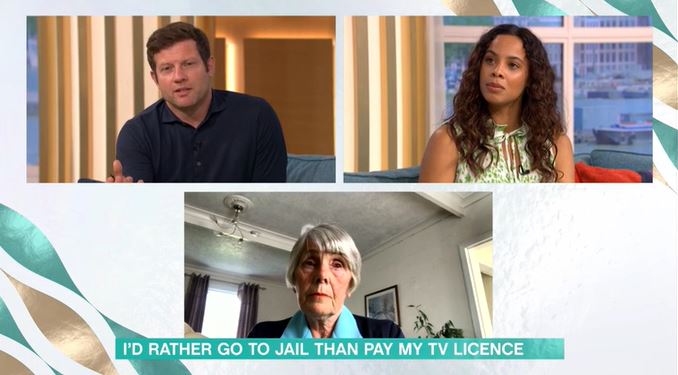 Some want him to replace Schofe (Credit: ITV)

Read more: This Morning sparks Ofcom complaints over 'guest who refuses to work with fat people'

One viewer wrote on Twitter: "#ThisMorning Rochelle and Dermot O'Dreary hosting. Never thought going for a jog would be so appealing. 15 minutes in and had enough of them."

Another wrote: "Three minutes into #ThisMorning and Dermot and Roche' are already approaching that iceberg."

A third said: "Dermot, you ain't made to be a #thismorning presenter. Stick to the day job!"

#ThisMorning Rochelle and Dermot O'Dreary hosting. Never thought going for a jog would be so appealing. 15 minutes in and had enough of them. pic.twitter.com/bQWDofEMsY

Dermot - you ain’t made to be a #thismorning presenter - stick to the day job !

However, others heaped praise on Dermot and seemed really pleased to have him back on their screens.

Some suggested he should be on the programme "every morning". Others even called for him to replace Phil and become Holly's new co-host.

"Bring Dermot in instead of Smugfield!" wrote another. "Get rid of Smug! #ThisMorning."

"Oh hi, Dermot," someone wrote simply, alongside a smiling emoji.

"What a lovely surprise when I saw Dermot would be joining Rachelle on this morning," said another who was pleased with the switch-up. "You make a great team."

Bring Dermot in instead of Smugfield!! Get rid of Smug! #ThisMorning

What did you think of Dermot as a presenter on This Morning? Leave us a comment on our Facebook page @EntertainmentDailyFix and let us know.